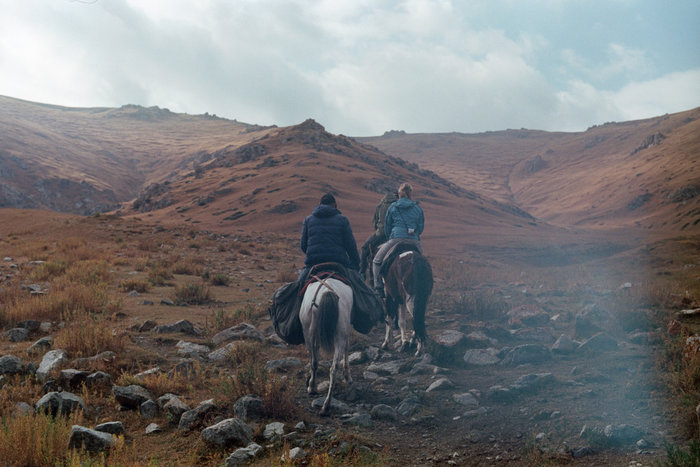 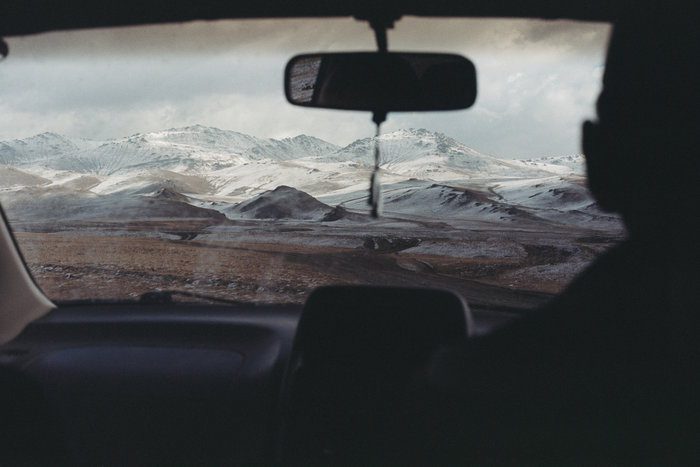 Last September I took off with a friend, his tent and my camera, to wander around the mountains of Kirghizstan.

For a few days, we ascended slowly on horseback till around 4000m high. Sometimes under the storm, and mostly surrounded by nothing. Still it was not nothingness, and the quiet was from time to time interrupted by a herd of wild horses passing us by at full speed.

At night, we were hosted by local families, nomads. We shared their yurt and meals, and tried to get to know as much as possible about them, how they go by the season’s regular whims. It’s a very arduous lifestyle, of self-sufficiency. It used to be the most common lifestyle in Central Asia, and today those families are its last embodiment. Obviously, there is also of modernity of nomadism: the water repellent canvas and the car are great addendums, easing nomad life a little.

Sometimes I had the feeling to be out of time. As if we had entered one of the picture books of our childhoods. The idea that our presence was in the end, if with possible consequences, at least without real importance, was ever strongly asserted. As our feet touched and left the ground we were already forgotten. Our being there only really mattered to us, who left with memories, engraved on film.

Several times, on the road, we also passed by huge steamrollers carrying Chinese ideograms, run by a Chinese driver, probably pressing Chinese asphalt. I couldn’t help but relate this to the progressive disappearance of nomad life: one temporality was taking over another. Up in the mountains, Kirghizstan had a time of its own, which mainly had to do with space. There, on this part of the old Silk Road being refurbished, we could witness another understanding of temporality in the making, in which clock beats time. 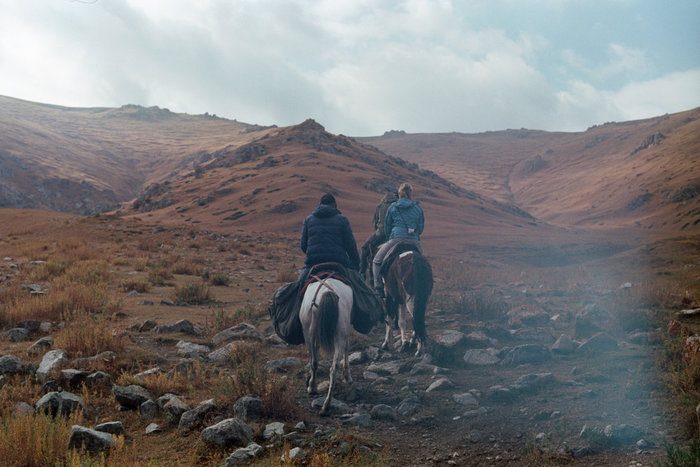 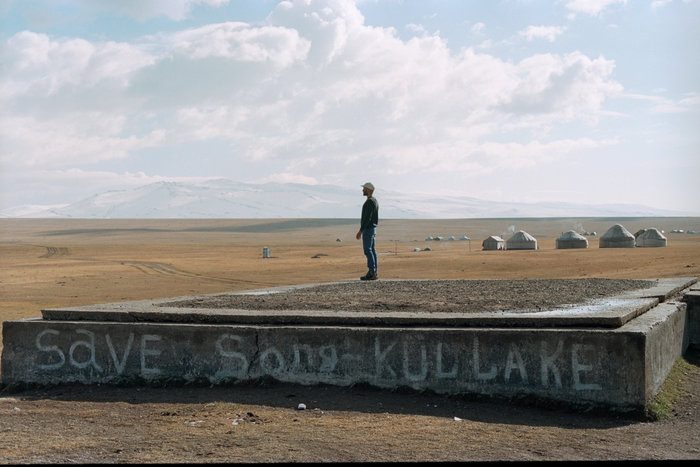 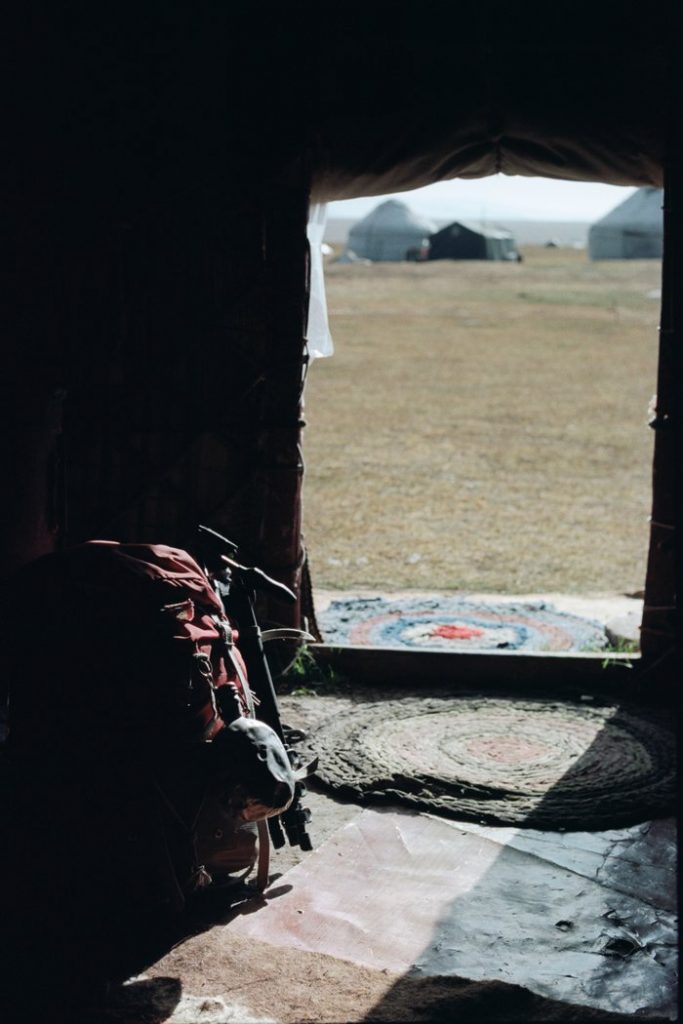 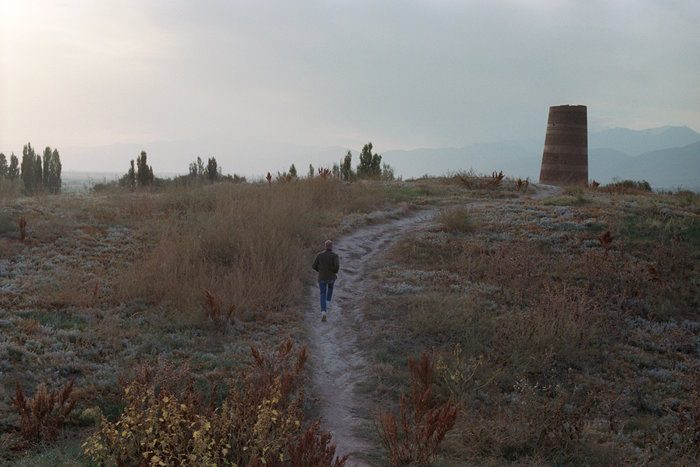 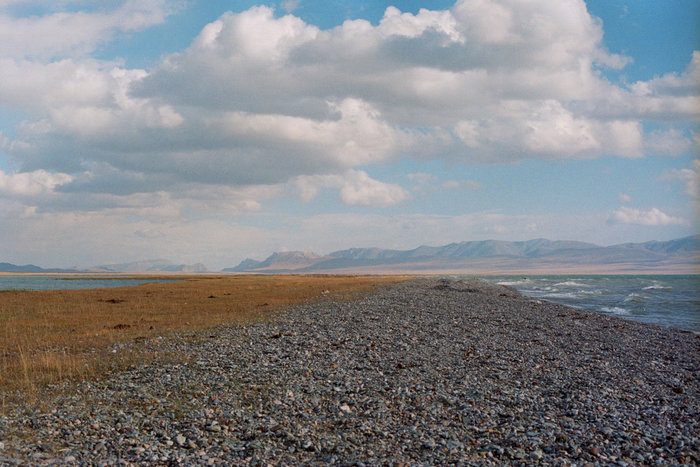 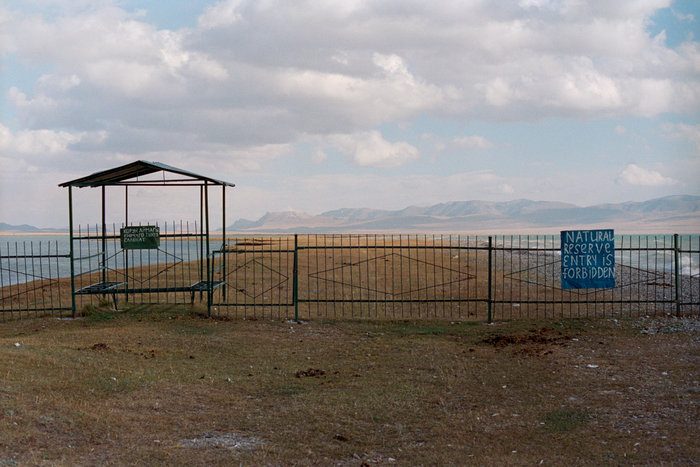 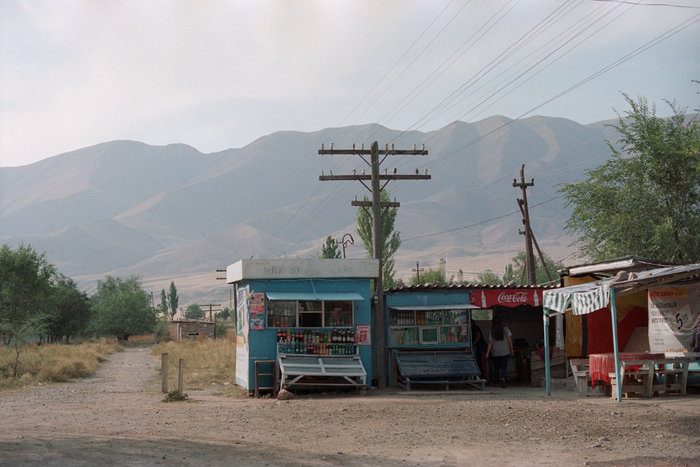 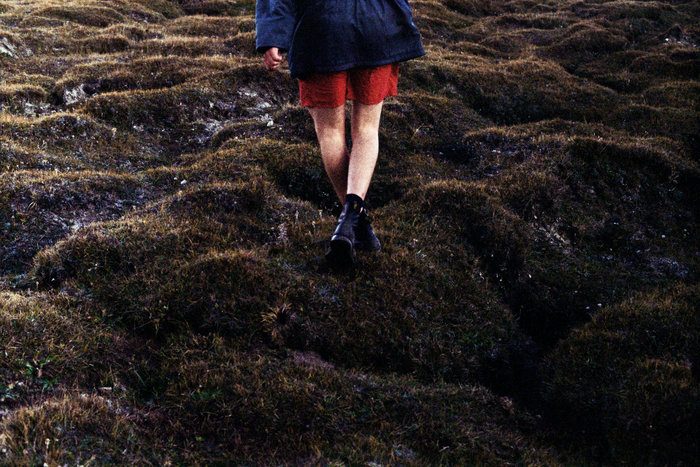 Latest posts by ASU (see all)