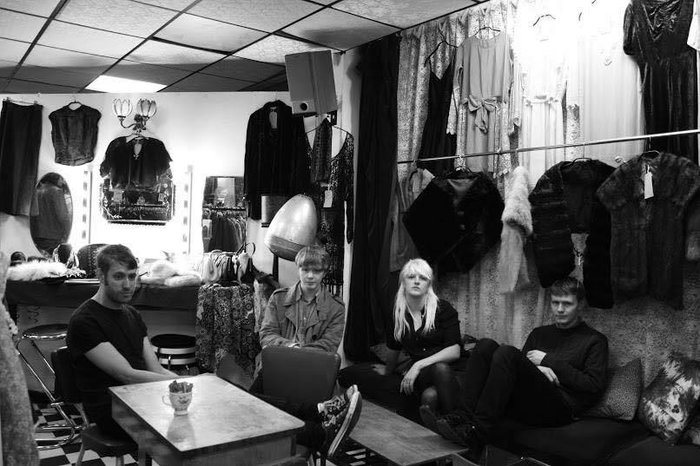 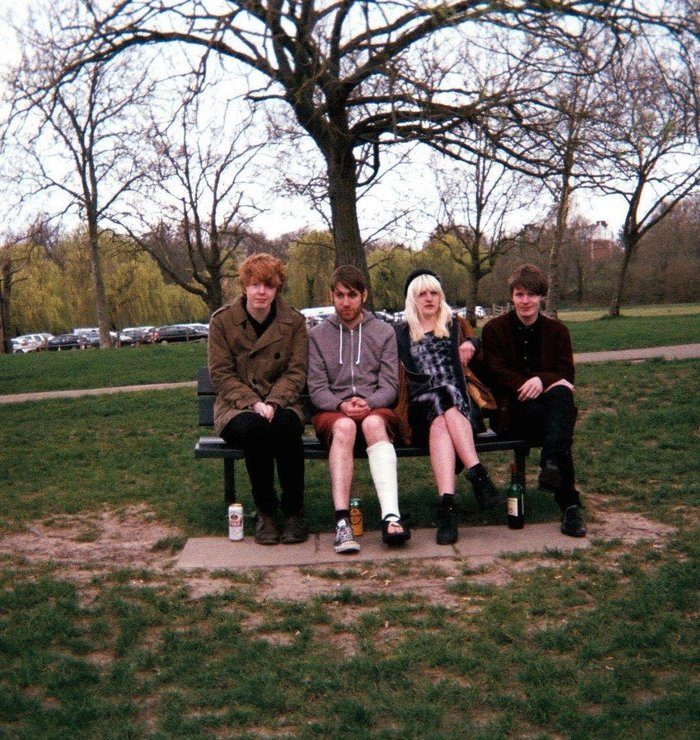 ‘We’d hate to keep repeating ourselves, what’s the point.’

Cribbing their name from the undertaker character in Dylan Thomas’ ‘Under Milk Wood’, Evans The Death first came to prominence, in their teens with their promising, self-titled debut. Six years on, the quartet are back with a superb album, and a reshuffled line-up.

‘Just an arbitrary signifier for the purpose of distinguishing us from all the other bands, does the job, bosh’

The band frequently play at the burgeoning venue, ‘The Windmill’ in Brixton, housing what ‘The Guardian’ mentioned in their article, ‘Goat Girl: the band rebuilding London’s indie scene’, ‘In the pubs and community spaces of Peckham and Brixton there are a group of young bands who just want to hang out.’

It would be musically impossible for the band to be attained or part of a scene and dismiss the notion of belonging to any particular scene, yet talk with positivity regarding the venue, ‘God bless the Windmill though, we were the other week, I feel more at home there than any other venue.

‘Yeah there’s a definite scene with the Windmill as its epicentre, some of it is cool, don’t know if we’re part of it necessarily’

Although, the band has been around since 2011, I am bewildered by their lack of exposure. It may have been due to their youthful awkwardness and ‘lack of professionalism’, or simply not marketed in the right way. They are playful pioneers and a far cry from the generically bland, unimaginative music that pervades the airwaves and armed with a lit new record all of this could be about to change.

‘It hasn’t been the easiest band for people to be in at times. It’s good now though’

‘Vanilla’ is their most ambitious and experimental album to date, ignoring the more traditional pop structures and hooks of 2012’s self-titled debut and 2015’s critically acclaimed ‘Expect Delays’. The album is a beautiful ruckus, filled with rage and callous disregard for genre or convention. Indeed, expect the unexpected.

The single, ‘Suitcase Jimmy’ with its cool ‘dodgy like student film’ video directed by Danny Nettwell (directed, ‘Enabler’) is a brilliant example of the bands knack for the bold veering between a rock and roll intro, before it soars into the bizarre with screaching vocals and an ebb and flow that spins you around and leaving you motionless for the rest of the three minutes.

‘I’m afraid not, we promised each other it would never leave the room.’

Released by Fortuna POP! The band told me that the label is no longer in existence, with ‘Vanilla’ being one of the last things they released. ‘They asked us if we wanted to record an album and we did. Sean’s definitely one of the good ones.’

Aligned with a classic album in toe,which made ‘Neonfiller.com’ second best album of 2016 and ‘Louderthanwar.com top fifty; I caught up with the band to talk incarnation, inspiration, ‘Vanilla’ and 2017. 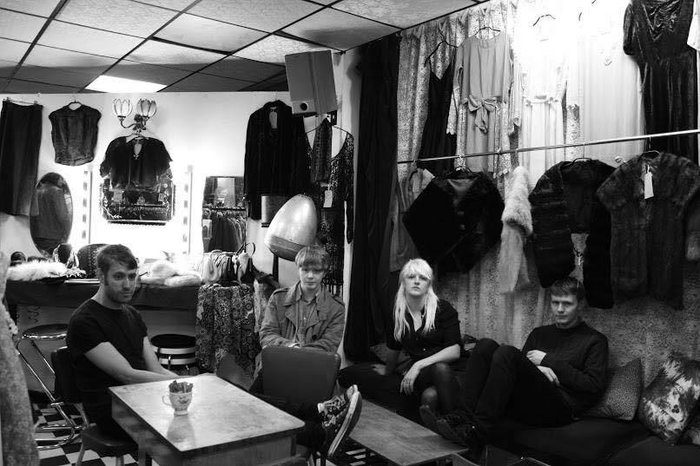 Katherine and I met in London in 2008, Olly’s my brother, there have been a few friends that have passed through. There are 6 of us now and we live in London and Brighton. We just felt like doing a band so we did one.

The band’s name references the undertaker in Dylan Thomas’ Under Milk Wood. What inspired such a dark choice?

I don’t think of it as that dark, it doesn’t really have anything to do with what the band is about, just an arbitrary signifier for the purpose of distinguishing us from all the other bands, does the job, bosh.

What is a day in the life of Evans The Death?

Everyone’s busy with university, work, and other bands, we don’t actually get to hang out as a band too often, so it’s nice when we do. We tend to be productive in little bursts. We like to spend time in our favourite restaurant which is called The Wetherspoons.

Vanilla is your most ambitious and experimental album to date, ignoring the more traditional pop structures and hooks of their first two albums even though it was produced by Rory Attwell. Could you describe to me the inspiration and influence behind the album and why the such a departure?

We’d hate to keep repeating ourselves, what’s the point. You just grow up, your tastes change, your life situation changes, you feel different, so it makes sense that you’d make a different kind of record when you’re 23 to when you were 18.

“We deliberately booked very little time in the studio, and we pretty much did everything live, together in the room – there was no trying to fix any mistakes.’ Why did you choose such an approach?

That’s the way a lot of our favourite records were made. We thought that rather than us trying to make some perfect masterpiece we were better off letting it have a life of its own, that’s more interesting and honest. Doing it live also makes it feel kind of tense which can be good. 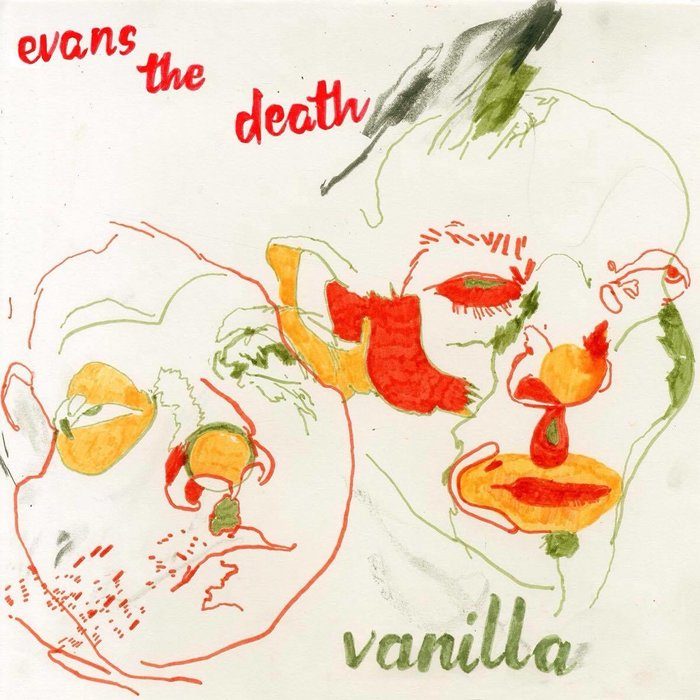 The band has been around since 2011 but yet to find mainstream success, which bewilders me. Why do you think this has been the case?

It could be down to our awkwardness and lack of professionalism, or maybe we weren’t marketed in the right way or whatever, but I don’t think we’re for everybody anyway. We’re having a major rebrand for 2017 though.

In my own experience my band never got off the ground due to line up changes. May I ask why the band has gone through so many changes?

I don’t really know why, I don’t think it’s held us back particularly. It hasn’t been the easiest band for people to be in at times. It’s good now though.

You have played a few shows at The Windmill in Brixton, which has hosted many cool bands. Do you feel that the venue is playing catalyst to a particular scene, alongside the fanzine, ‘So Young’?

Yeah there’s a definite scene with the Windmill as its epicentre, some of it is cool, don’t know if we’re part of it necessarily although we’ve played there a lot over the years. I’m not sure what So Young is. God bless the Windmill though, we were the other week, I feel more at home there than any other venue.

Bit boring and depressing, I suppose it can be useful/funny if you’re good at it but I really just can’t be bothered with it.

We know a lot of people socially who are actively doing cool stuff so that’s inspiring, makes you want to do cool stuff too.

Why did you sign to Fortuna POP and how is your relationship with the label. In addition, how do you feel labels contribute to bands in the modern era?

Fortuna POP! are no longer an active label, Vanilla was one of the last things they put out. They asked us if we wanted to record an album and we did. Sean’s definitely one of the good ones.

Could you please explain the concept behind the track, ‘Suitcase Jimmy’ for our readers?

I’m afraid not, we promised each other it would never leave the room.

The video for the track was directed by Danny Nellis, which Is very cool. How did the collaboration happen and could you explain the videos concept?

Yeah Danny had made a video with us before for Enabler, and we and the label knew him from being in The Proper Ornaments and Charles Howl. We didn’t have much to do with it but it’s supposed to be like a dodgy student film.

What are your 2017 plans and when, or how can we (organise) expect an Argentine visit?

I think we’re going to make another album at some point, in our own time, and play shows occasionally. Nothing crazy. If our travel can be covered and we get offered we’ll virtually play anywhere, but I wouldn’t hold your breath. I think it’s better for people to come to us, like a tourist attraction. Like Buckingham Palace. 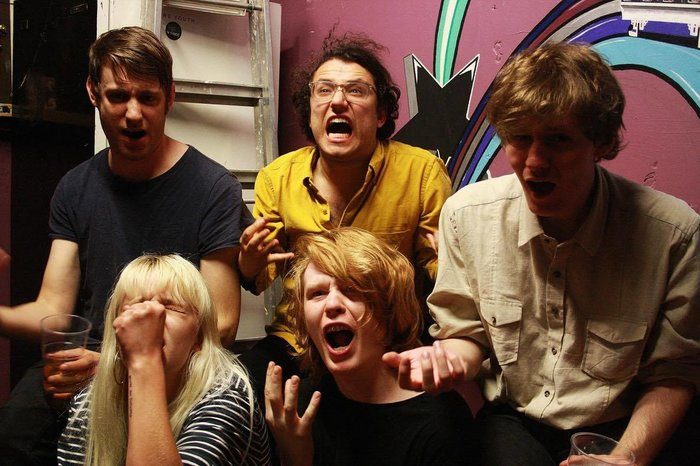