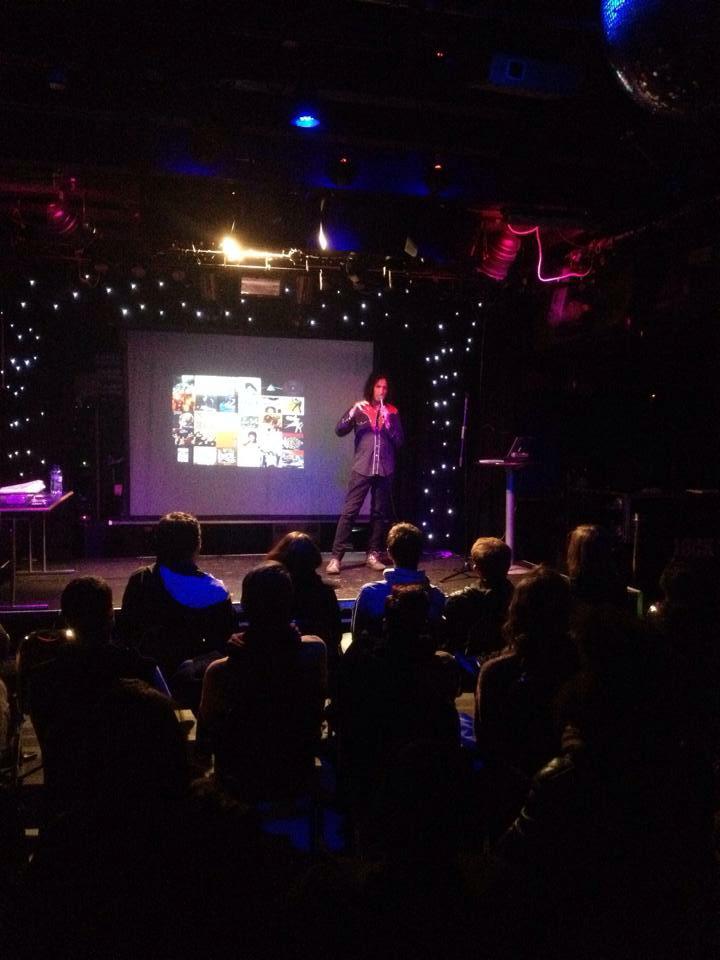 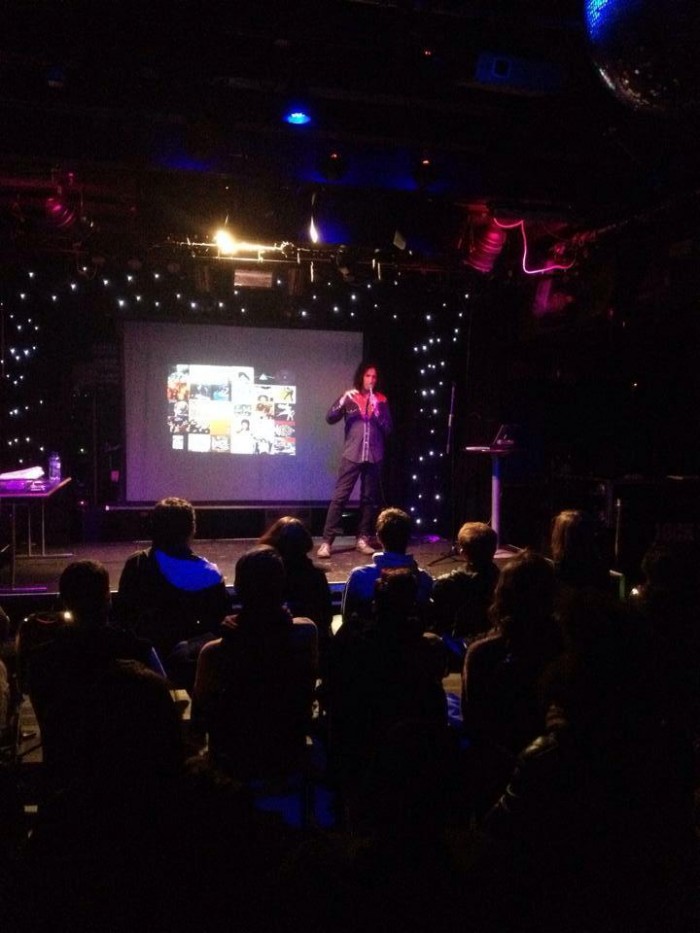 These events took place in Manchester, Wakefield, London and Leeds and were really succesful, plenty of fans and musicians asking him a bunch of questions about his early life and experiences as a musician and producer (The Strokes, Regina Spektor).

Our dearest friend Nicholas Ellis -a big big Gordon and Strokes fan and the person who organised this tour as well-,  has been so kind to sit down with ASU and talk about these fabulous seminars,

We also have the pleasure to share Emma Pruce’s review on Gordon’s seminars; dont miss it! 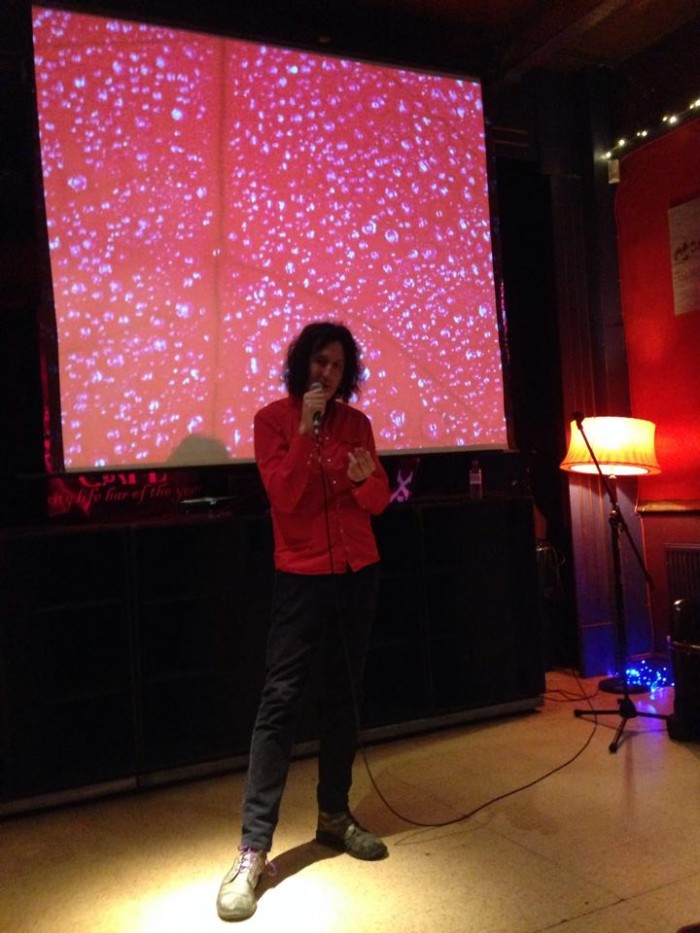 «Gordon Raphael is the most important man along with the members of  The Strokes to hit music in the last 20 years.

I think I did not realize how humble and kind he was, and away from The Strokes, Regina Spektor his own art and life has just been so fascinating. The tour has opened up his genius pre strokes and made me want to explore the bands he has worked on or was in during his life.

The audience attending his seminars never really developed from a fans perspective. They were each so different and unique. It was like a comedian explaining the life of an important rock hero!. The most important questions were the ones regarding production and Gordons influences and questions about his childhood and experiences in NYC before meeting The Strokes.» 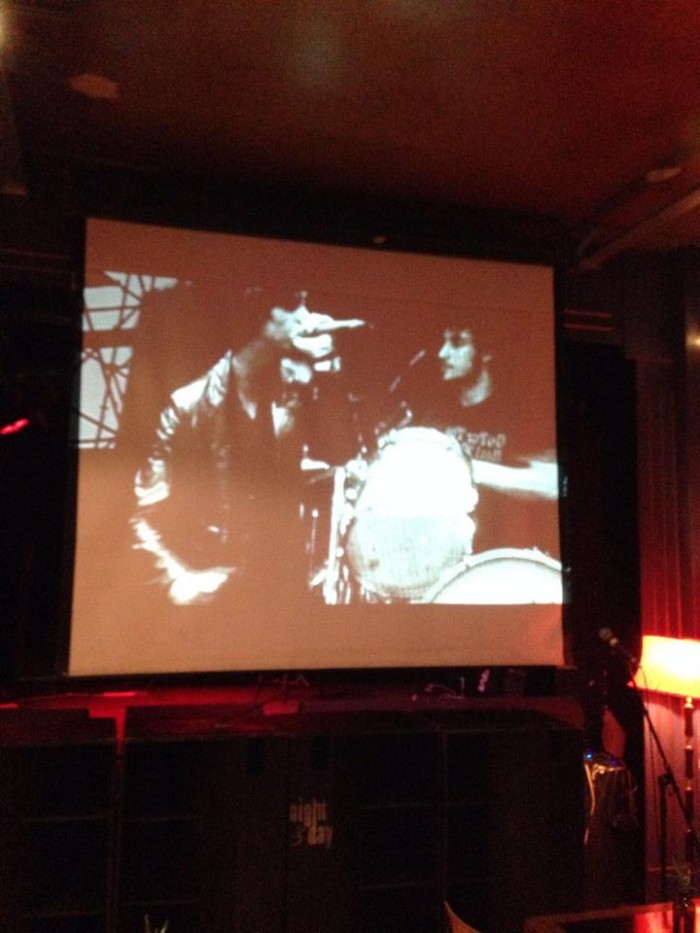 Following, we want to share with you this review about one of Gordon Raphael’s Seminars , by @wastexyourxtime.

The night in itself was really interesting and included some slide shows, which featured a photo of an insanely young looking Nick Valensi,while recording The Modern Age demo (I think, that or ITI in general)

The Strokes talk really started when someone asked for anyinteresting stories about them.

Gordon talked about how they had just recorded a drum track during the ITI sessions and Julian was sat behind him and said that something about the ride-hat sound was bothering him/didn’t sound right. Fast forward to Gordon asking Fab to smash his ride cymbal instead, really hard after trying all sorts of different things, and then using ‘sound replacer’ technology inside of Pro-Tools solved the problem. Whilst Gordon had been sat trying all sorts of different things Julian said something along the lines of ‘I can feel your fist ready to punch me/punching me’ – even when Gordon was very professionally keeping all of his frustration inside his head.

In connection with this, later on, Gordon mentioned the reason why Nigel Godrich was fired from ROF was because he said to Julian ‘the hi-hat is just a hi-hat’ and to Julian, there are so many different sounds you can get from there.

I did ask the question about if he ever wanted to strangle Julian for being a perfectionist, to which he talked about how he (Gordon) works from feeling and bands getting excited and enthusiastic. Normally vocalists are quite eager to finally sing their parts after recording all of the musical parts and Julian was reluctant to go in and said something like, ‘what now?’ when asked to go in and do his vocals the first time. The impression was definitely a good one of Julian sounding at his most excited 😉

This led on to how when ITI was finally finished, Julian was wondering about whether they should have taken more time over it and different melodies he maybe should have used, rather than being super excited to have the album done, which is more the norm!

Gordon said one of his most frustrating moments with Julian that in the end was a really good moment, was when Julian asked him to turn the vocals up by 0.1 of a decibel. Gordon thought the vocals sounded perfect as they were (this was possibly on Barely Legal – not entirely sure though) and that no one would notice 0.1 of a decibel. But he decided to try it anyway and then had to admit to Julian that he was right and that led to him giving suggestions from bands more of a go.

I asked about Gordon’s thoughts on FIOE, Angles, Comedown Machine & Julian’s solo work. He told me (to tell twitter – I said I had twitter Q’s) that he had heard FIOE once, and not really heard Angles, CM or Phrazes.

(This info came from talking to Gordon at the end of the night) He did go and see Julian on the Phrazes tour and said he walked around all over the venue but thought the sound was really bad. Having dinner with Julian afterwards, he told him the show was great and Julian just gave him a look and asked him what he really thought. So he mentioned how the guitars were drowning him out etc., and Julian said that they were having trouble with the sound engineer.

Tyranny – He said that he’s listened to it 5 or 6 times and has been in contact with Julian about it quite a bit.. He added that what Julian was doing with that record, was like 20thcentury classical composers who were trying to break every rule, which I thought was really cool!

Again in the chat afterwards after the Phrazes conversation about sound, I mentioned that I wasn’t sure how Tyranny would work live…and Gordon said about how great the live show was (as I’ve been reading from everyone who’s seen them so far!) and how he got more what was going on. But more excitingly I think, Julian had asked him to do the sound (not sure whether I heard that right) – but he asked Gordon to be involved in some way, but for whatever reason he couldn’t/didn’t want to but recommended the sound engineer that JCVZ are using!

He also mentioned how planned and precise every note was on ITI and ROF, and how normally he works off feeling a bit more, but Julian had everything so precise etc. and how he wanted every part to be powerful and going somewhere – from the intro to the guitar solos etc. (which I thought, of course, because everyone sings along to the guitar parts at shows as well as the lyrics!)

Early on Gordon mentioned that he played Julian a song by a band he had recorded tracks with previously and Julian had been like ‘what are you playing me this for, I don’t like his voice at all’

Which led into a story later on about how at the end of a day, Julian was half asleep lying on a couch and Gordon asked him if he could play him something, to which Julian opened one eye to look at him as if it to say ‘remember how that worked out last time’ – but he agreed and Gordon played him some Regina Spektor tracks.

Julian loved it and got Gordon to burn him a CD. The next day he came into the studio hugged Gordon (which was a daily greeting) put his mouth very close to his ear and started singing one of her songs to him. GR was saying how excited Regina would be to know JC was singing and then playing one of her songs on guitar because she was a Strokes fan.

At the end of the night GR played us all a video he had made for Modern Girls and had been hoping to see to TS, they really loved it but never bought him from him. It was basically clips of TS & Regina on tour, backstage and on stage. It was really; really cool and I wish it would get released!

Talking of things being released, I asked him about whether there were any unreleased songs that he wished would come out, but he said there wasn’t anything other than a 3 minute jam, which wasn’t so good. 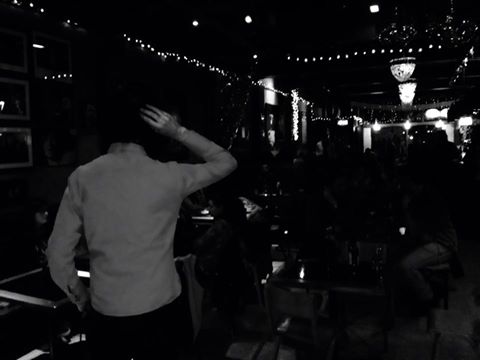 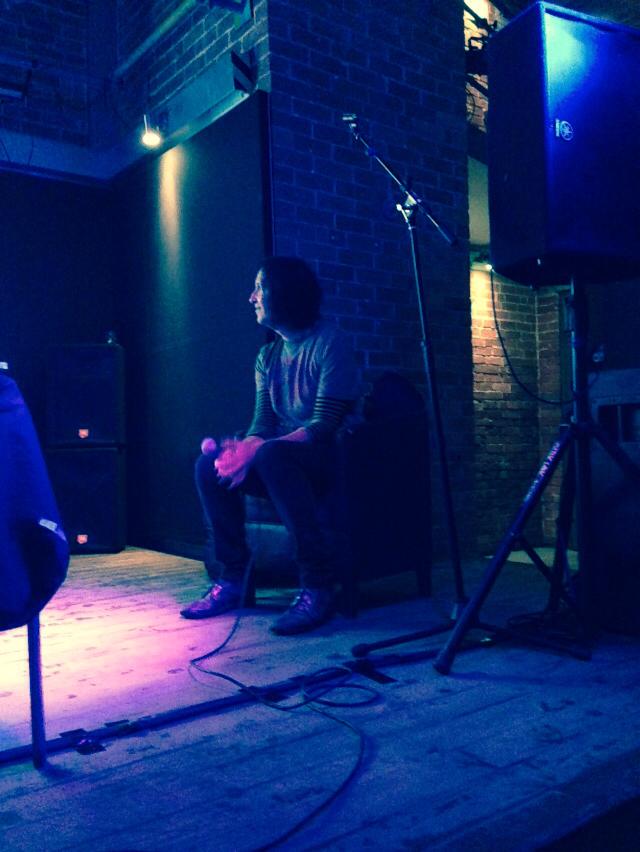 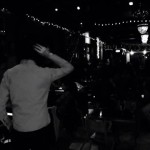 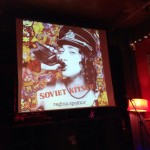 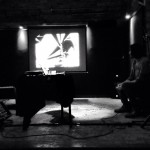