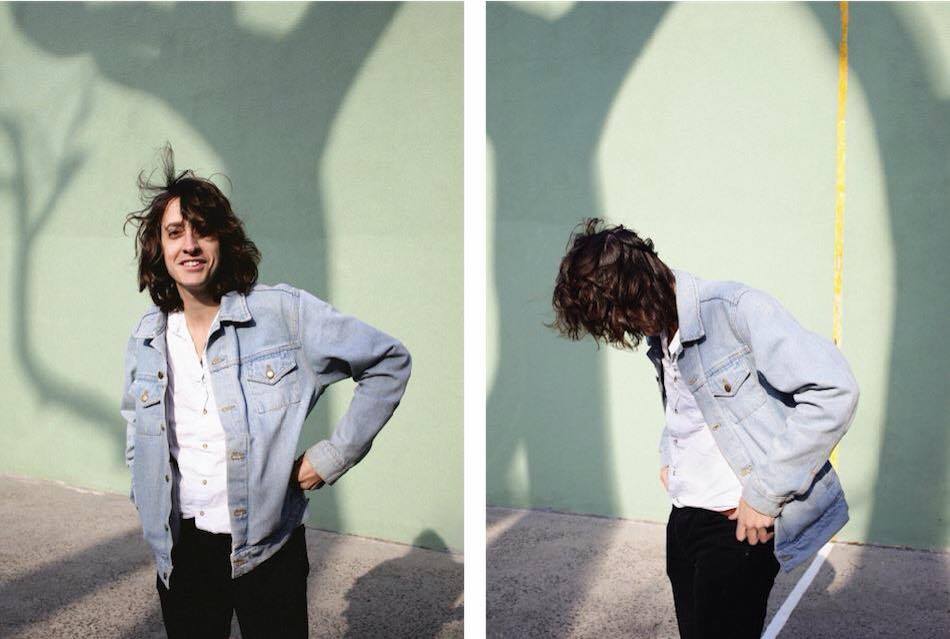 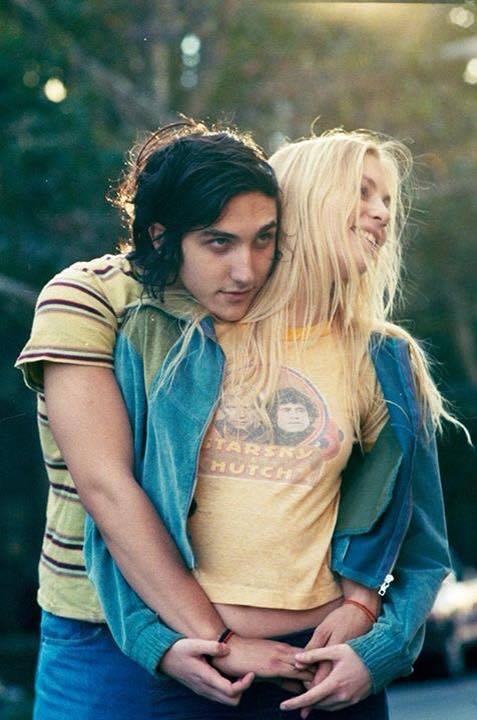 Wiiissa is the freakish, combined talents of Vanessa Hollander and Wilson Phillippe, a film and photography duo from Miami. Only in college, their work has already been featured in Nylon Magazine, Vogue and Oyster Magazine, among others.

‘Even last year I didn’t think it could happen, but now it’s becoming a reality, which is great.’

The duo create infectious videos, and photography, shot entirely on film, ‘there’s no better feeling than scanning a roll of photos after waiting days to see them’ With their fresh spin on feminist, youthful, Bowie glam, summery themes. Their work is also political, inspired mainly by women, it inspires and empowers women to be bold and behemoth.

In truth, Wiissa possess the innate ability to capture the extreme essence of a subject matter, assisting the listener to enjoy a song, or theme within fashion, more than they could have imagined.

«The pair takes photographs that will make you nostalgic for a time you may have never lived, or a place you’ve never visited.» 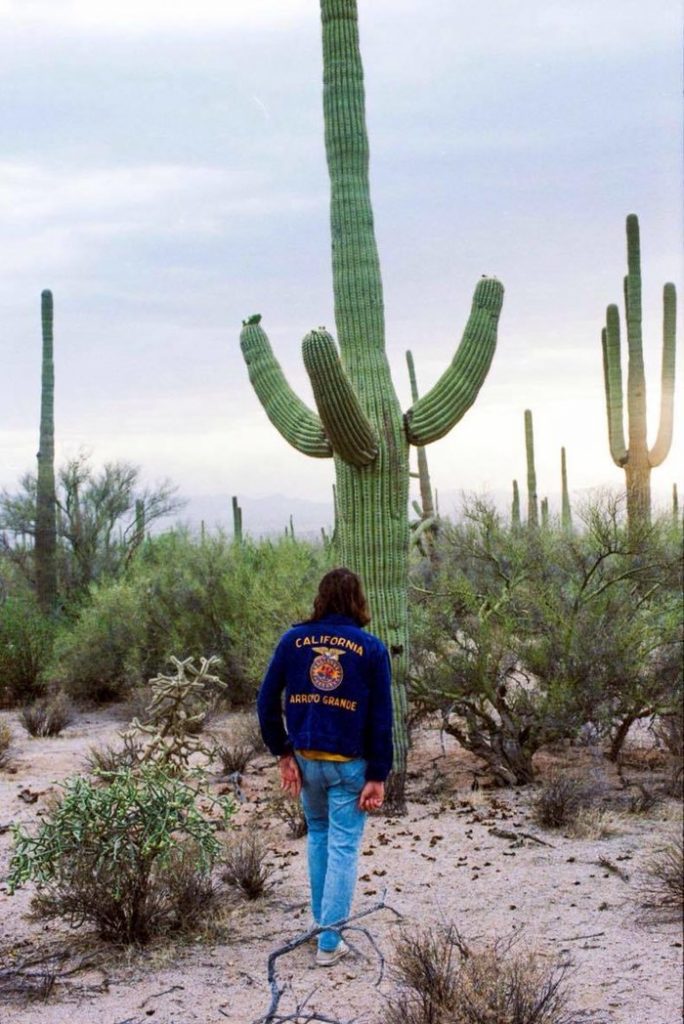 ‘We’re most happy when we get images or video back from the photo lab that we love’ Being able to work with some of our favourite artists is also extremely satisfying.’

On top of their already impressive archive of music videos, and fashion films, Wiissa released a magnificent short,‘Midnight Ramblers’, ‘a concept from our own experiences, forcibly, with my extreme obsession with bands’. The fictional documentary-style video revolves around the idea of groupies, showcasing how they influenced fashion, and inspired music, yet dealing with the tensions and issues surrounding the conventional roles of females within society then and now.

‘I was always jokingly called a groupie, and I didn’t really understand how that could ever be condescending’

Although, they capture an all American aesthetic in their work,they get inspired by so many different cultures and want ‘to travel as much as possible’. Vanessa and Wilson grew up on a pretty small island right off of Miami, ‘where basically everyone knew each other’ and met hanging out with mutual friends.

‘Vanessa is Brazilian American, I was born in in France and raised there until I was 7 or 8 and then I moved to Miami.

The duo begun exploring photography around their teen years,‘I just fiddled around with cameras photographing plants and other random stuff out of boredom’, It was not until they moved locations to New York, for College, couldthe couple imagine their creative collaboration, would lead to a professional career.

‘We are lucky to be able to do something that doesn’t really feel like “conventional” work, like a 9-5 office job’.

Although they are frantically busy with work, and college, I excitedly, caught up with them to ask them more of their take on modern feminism, film, photography and what they hope the future may bring. 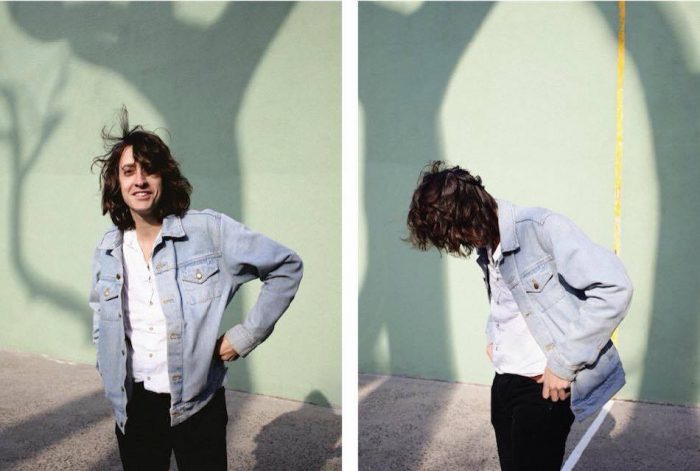 You guys are a two headed monster talent! Could you please describe your individual backgrounds, and the cool name, WIISSA?

Hah! Thank you so much! Vanessa is Brazilian/American and I am French but we both grew up in Miami, Florida. We met when we were 14 and 15, we had some friends in common and met up in the local park one day and just hit it off there I guess! Wiissa is a combination of nicknames we made for each other when we first met, wii and ssa.

Were you the type of kids whom gravitated naturally towards photography and film early in your lives, or did it happen accidentally; and in what ways have your techniques, equipment, ideas evolved since?

We both dabbled with video and photography early on – Vanessa made funny videos on iMovie with her friends and that laid the groundwork for her editing and directing skills, and I just fiddled around with cameras photographing plants and other random stuff out of boredom. We shot digitally in the beginning and quickly found that the look we were going after could only be achieved through shooting with film. Our equipment is slowly growing but it’s basically the same as when we started out, a simple 35mm slr camera and a Super 8 camera. We didn’t really have much of an idea before and just shot our friends for fun on the weekend but now are more socially conscious and slowly trying to incorporate that into our work without being too overtly political.

How did you get so good so damn fast? Your fashion film, ‘Immaculate High’ won the people’s choice award at ‘Film Festival, Milano’. What a deserved and admirable feat for a duo still in College.

Thank you! I’m very critical of our work and always doubt our work but we basically work on wiissa all day every day. It’s fun because there is no delineation between fun and work, we are lucky to be able to do something that doesn’t really feel like “conventional” work, like a 9-5 office job.

What do personal accolades mean to WIISSA? And how does your commercial work differ from your personal, and was the transition difficult?

We’re most happy when we get images or video back from the photo lab that we love. Being able to work with some of our favourite artists is also extremely satisfying. The transition from commercial to personal was quite seamless for us as we’ve been lucky enough to work with brands and bands whose taste and ideas are similar to ours.

Midnight Ramblers’ is your next project about underlying the truth about groupies and their desires, in cooperation with the power of feminism. Could you please explain further the concept about such a project?

Vanessa: Midnight Ramblers is definitely a very special project to us and came out in March. The concept came about just from our own experiences, with my extreme obsession with bands, especially as a teenager, and fascination with musicians. I was always jokingly called a groupie, and I didn’t really understand how that could ever be condescending. I started thinking about how many of my favourite ever songs that were influenced by a lover or even a quick love affair, so if it weren’t for these groupies, I can’t imagine how many of these amazing songs wouldn’t exist. We decided to make a little tribute to groupies, past and present, and hopefully redeem that notorious “G” word. 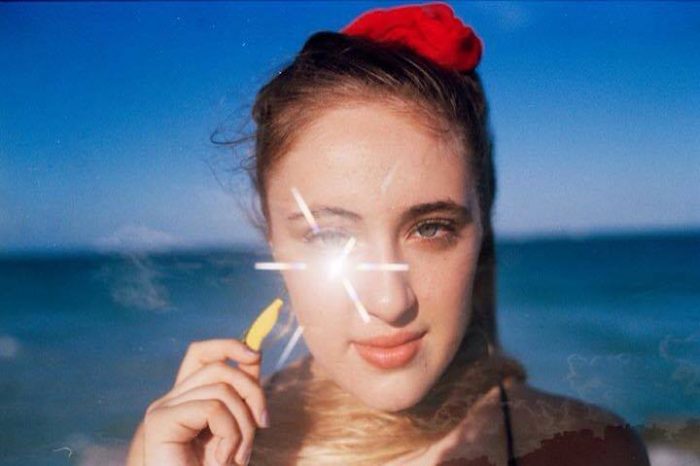 In your Interview with ‘Whatyouth.com’ you are quoted as saying regarding ‘Midnight Ramblers’,

‘We are exploring the more feminist ideas of being a groupie (getting what you want and doing what you would like with your own body). What is your take on feminism and do you think this clashes with the feminists anti groupies or woman whom use their bodies to earn a living?

I think most feminists I know just want equal rights for men and women, and if men are able to have sex with many people and be celebrated for it, then women should definitely not be shamed for the same actions. Everyone talks about how many girls rockstars get, but groupies are usually just called sluts or desperate for getting just as many rockstars.

Which era had the best groupies, or female interaction with bands, through your research?

Does WIISSA have any other creative outlets, we have yet to learn about, and do you have any future ambitions, whether personal or as a duo??

It’s a pipe dream but we’d love to make music together. I would play guitar and Vanessa would play the drums – music is definitely our favourite thing in the world and I think being able to write and play our music would be really fun. Realistically we’d love to expand more into film and make work which represents parts of the world that are seldom featured or spoken about in our culture. 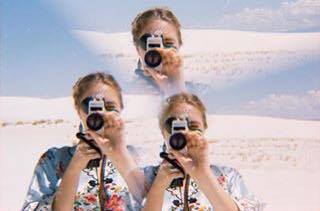 Your ART employs both photography and video. What I want to know is how do you choose between the disciplines for an idea; is it simply intuition for the subject?

If we could, we would always do video but sometimes it is cost prohibitive, so we end up doing photos. It’s good though because those photos could end up being a video later on, and serve as a good visual starting point. Regardless we almost always shoot a little Super 8 on set so always have a video component to go along with the photos.

Mongolia is a country listed high on my own personal bucket list, which you have visited and brilliantly depicted through your genius filming. What was the inspiration behind the trip happen, as it seems a distinct departure from destinations or subjects you have previously covered?

My family wanted to do a motorcycle trip and they thought Mongolia would be an interesting place to visit. We didn’t really know what we were doing then and didn’t have the same sensibilities we have now so we don’t feel the video we made there fits with our current work but we’d love to go back there and create a little short film, either fiction or non-fiction!

The aesthetics within your art seems rather frontier to me, or maybe it is only conflicting against the current fix of grunge/90’s fashion and flavours. Your own artistic style provokes a more 70’s vibe! Is your personal style much different and how did your artistic style within WIISSA come to fruition?

There are lots of people working in the 70’s style out there and I don’t think our art is at the frontier of a new style, but for us it’s a look that came out of simply enjoying things that were made popular in the 70’s such as vibrant colours, natural looks, bell bottom pants, etc… Our personal style is the same as our artistic style, which came from our influences growing up and their impact on us. 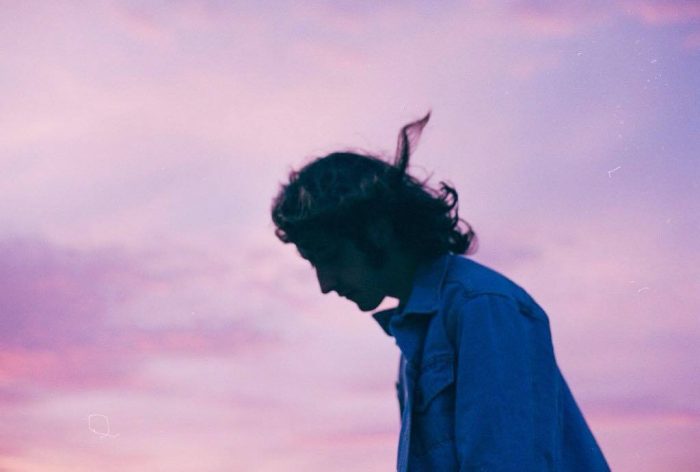 Looking through the commercial work it seems, maybe Australia (Camp Cove) is heavily influencing your aesthetics and do you see a point where you may base yourself there, or any other destination outside of America?

Definitely! A lot of people we work with are Australian and we’d love to visit when we get a chance. We don’t necessarily look at a lot of Australian artists for inspiration so the similarities are more coincidental but probably have to do with us shooting a lot in Miami in the sun and the ocean. We’d love to live all over the place, the world is so big and there are so many places to see that it’s hard to choose where to go to next. Some dream bases include Rio and Rome.

Could you offer our readers a personal taste of what is turning you on right now,artistically in New York, and Miami?

New York always has amazing shows from our favourite bands so that is always a constant source of inspiration. Every concert feels like a little rejuvenation, we need live music in our lives! Miami’s nature inspires us, we love spending our days by the beach and in the ocean just relaxing and gathering ideas and thoughts. 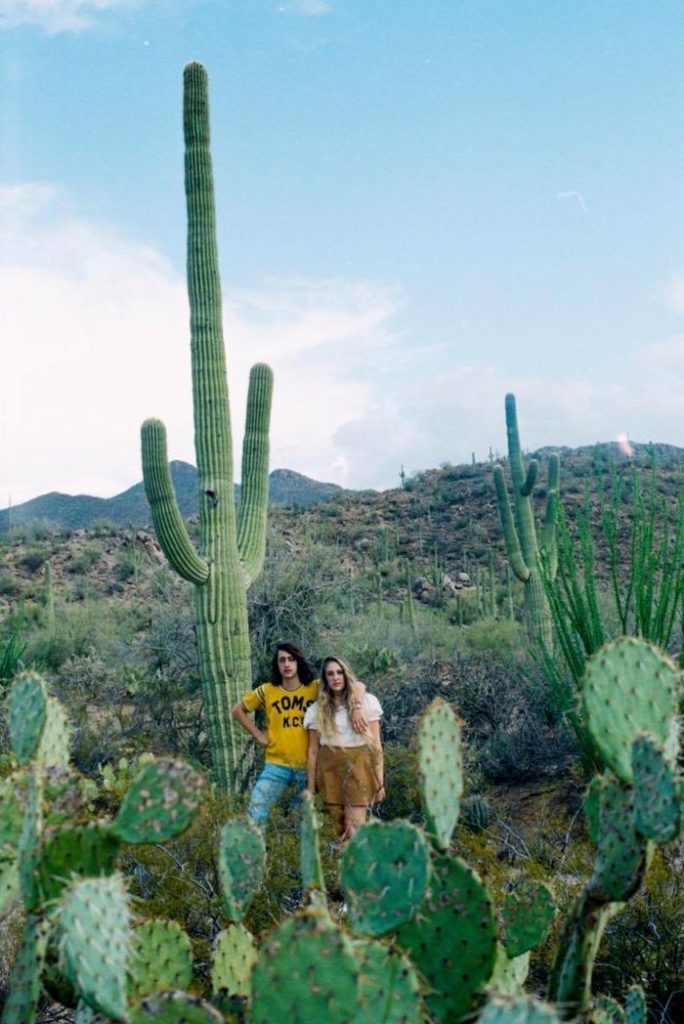