The evening opened with a bang, provided by Hastings homies, Kid Kapichi, whom really brought the fire to the stage, as support act to ‘CRX’. They are the real deal; an authentic, rawkus, alternative British band.. whom y’all should support and share to anybody who wants some quality rock and roll in their existence.

Kapichi, magnificently rose to the occasion last night, totally in complete demand of the stage, not in the least blighted by being support act to a Stroke; even ascending the attention by the boring punters of the World Cup game featured on the TV, in the games room! No mean feat!

Additionally, the sheer wit of the lyrics, fresh songs, stage vibes, and overall zest they naturally possess confirmed to me an eventful future. I mean, they are not boring fucks trying to be liked, capiche? 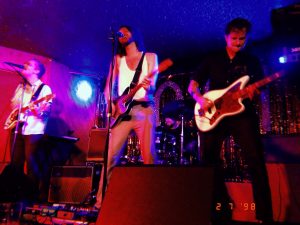 Onto, CRX, a band named after a Japanese car notorious back in the eighties!

CRX are a band of tight musicians whom, I guess have previously been in their own bands and now, cherry picked by The Strokes, guitarist Nick Valensi. Individually, i guess they deliver a tight performance and you totally understand why they each made the cut.

Nick is certainly a blessed human being able to sing and shred his guitar in equal measure with iconic individuality, humility and charisma; declaring that he spoke on behalf of all the band when he says that it was the band’s ‘honour’ to be playing ‘tonight’. 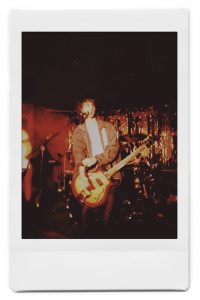 Scheduled for a 9:15 start, the band walked out laconically devoid of care with Nick holding, keyboardist Richie Follin from behind, declaring ‘sexy time’.

The band opened with the departure sounding, latest track, ‘love me again’, which really suited the evening and my entire day of escapades in London drinking with strangers, and buying cool clothes i don’t really need.

Youtube videos tended to show the band are definitely a band comfortable performing their songs live, and the tracks from their debut, certainly feel more at home on a stage than on a record player at times, tonight.

Set list, highlights for me, include Broken Bones, which was inspired by Nick’s two-week tenure in hospital following a motorcycle accident and my personal favourite ‘Walls’ which had me jostling with people, whilst throwing myself around the pit, like a savage.

The set played out in a way ‘we’ have come to expect from The Strokes; short, concise and sweet Disappointingly, debut single, ‘Way to fake it’ did not make the set list, which I presumed would be part of an encore as it is a delightfully blissful number and easily the most accessible track from their back catalogue. 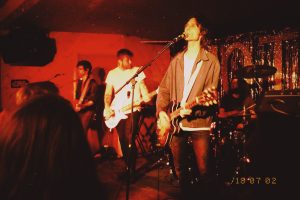 Yet, there I was, alone as the sea of people departed in waves towards the side doors, as I glanced around feverishly for some sign of the band’s return!

Throughout the evening, the tip of the tongue question for many fans, is there a future for The Strokes, with Albert, and Julian having each recently released fire albums, extending the case for their individual solo careers.

Nick Valensi and CRX left the fans further questioning The Strokes future with such an impressive display of major star quality. This is a guy who has only made the jump to front man from lead guitar a few years ago, and written his first song in his thirties.

Monday evening taught me and the other Strokes fans in attendance to be filled with positive vibes about a future, with the band as individuals. The quality of the music, and happiness each member displays is something, truly wonderful and inspiring.

Undoubtedly, we wish the band could grow together, yet what i enjoy mores is the positively in how far you can travel alone with a mutual respect and love still intact for your brothers.

Bring on the next solo projects! Cheers! 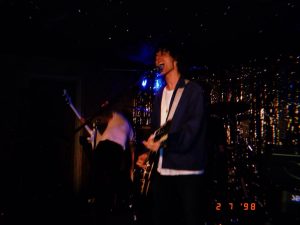 One thing I know is, the next time CRX tour, it will not be in a Hackney Working Men’s club on a Monday night, nor supporting the QOTSA, as this is a band with a very serious creative future, with an exciting album ready to release. Enjoy!