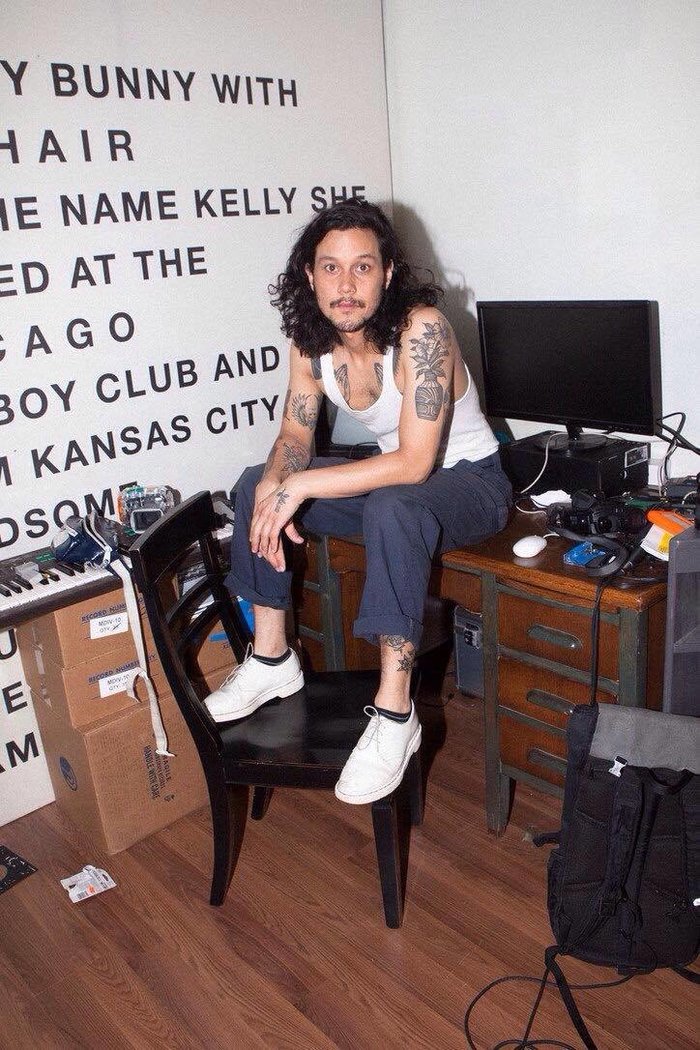 Arriving in rawkus style with the thrilling track, ‘Take down the house’, Promiseland is the organic and ostentatious brainchild of the polymath artist, ‘Prince of Anarchy’, Johann Rashid and Producer Harmon.

‘I LIKE TO TRANSFORM AND DIAPPEAR FOR A WHILE. THE BEST WAY I CAN DO THIS IS TO CREATE LYRICS THAT WORK IN REPETITION’

Their inspiring project challenges, through their fresh spin on the musical art form with elevated intelligence the ‘generic’ conventions, and perspectives of musical performance; plus, the relationship between audience, art and artist.

These artistic pariah’s provide a place to be ultimate, a vivid environment left up to the ‘viewer’s interpretation’; Ultimately, ‘breaking down the layers that can overwhelm us, distract us, keep us occupied’.

The overall musical vibe seems to arrive from a place of love, rather than from the rationally obvious emotions of anger, depression, and sorrow.

Recently released single, ‘Take down the house’ is far and beyond my favourite track of the year, thus far. It is a direct, slap in the face, insistent mantra. It is bold, and hypnotic in sight and sound, like an ambulance siren, becoming far more palatable the more your ears digest.

“AS I MAKE THINGS, MUSIC, FILM AND ART, I LEAVE VERSIONS OF MYSELF BEHIND ME. ONE DAY THOSE VERSIONS WILL BE EXTREMELY DISTANT FROM MY PRESENT, BUT THEY’LL ALSO BE JUST AS REAL AS I AM. I’LL LOOK TO THEM TO SHOW ME WHO I AM.»

Rashid has recently shared the first music video for ‘Take down the house, directed by Ismail Shallis. It is a widescreen-ready epic full of breathtaking shots enormous energy. “What doesn’t kill you leaves a wound. Pain and pleasure are one mad dance played out again and again,” he has said. “Run with your monsters, not from them.”

As he treks through South America with label mates, Julian Casablancas and the Voidz, delivering the promises of I caught up with Rashid to find the secret behind his sizzling talents, an album and what is going down! 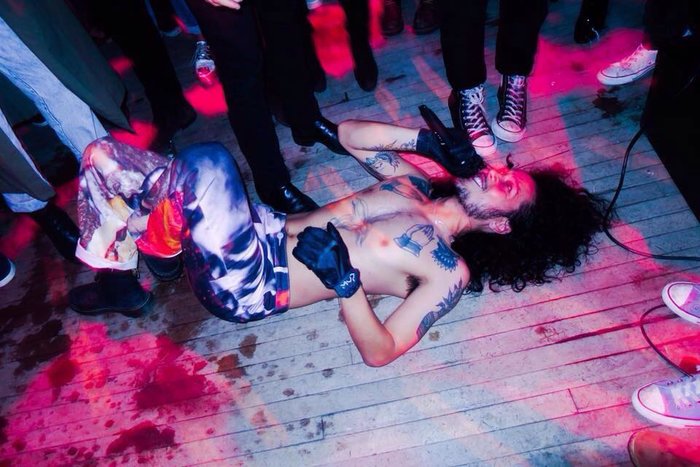 Please, tell us more about ‘Promiseland’?

Promiseland is Johann Rashid and Producer Harmon Promiseland land challenges the idea of performance, the endurance of the self. A place to be ultimate. An environment left up to the viewers interpretation.

‘Take down the house’ is so exciting. What is the ‘house’ in question; plus, inspiration of the song, and why is It the first single?

Building a house starts with a floor, we erect walls and then cover ourselves with with a roof, spending our lives filling this house, with objects that makes us feel safe, comfortable, individual. Things that distract us, keeping us occupied. Like an onion there is many layers and they can overwhelm us. Outside, we hide from a violent tactile reality. Breaking down these structures of the body and mind can be done in so many ways, Meditation, ritual, religion… I like the idea of my ritual to be aggressive. When I take down the house, I break through the pieces. I destroy and deliver. I like to feel the fever. Then I feel me.

What happened to your main band, ‘Eastlink’?

Eastlink was a fun project I had in Melbourne, with members of Total Control, Terry, The Uv Race, Lakes. (Some of my favourite Australian bands around)

How is your love ‘anonymous’?

I really appreciate love in many forms, I see images of love represented in films, pictures etc etc . I like the fantasy of love, passion and romance, the idea of that everlasting image looping in on it self, echoing through time. But I am alone and I like my solitude. I will always enjoy this sense of sitting on the outside, floating in space. This self is my true everlasting self. But sometimes I like to come down to earth for a chance to hold hands, and find intimacy, to love something. But this intimacy and exploration is for me. So my love is anonymous.

Where did you record your album, and what can we expect?

So far the album is in the works and it has been created in both my studio here in NYC and producer Harmon’s studio back in Australia. We send each other ideas back and forth. I like to do my vocals where ever vibes at the time. My house, in the office of ‘Baby’s All Right’ venue. In fact I recorded the vocals for Take Down The House, In NYC’s best venue Elvis Guesthouse (R.I.P.) I just bought in my gear and set up in the office before they opened for the night. 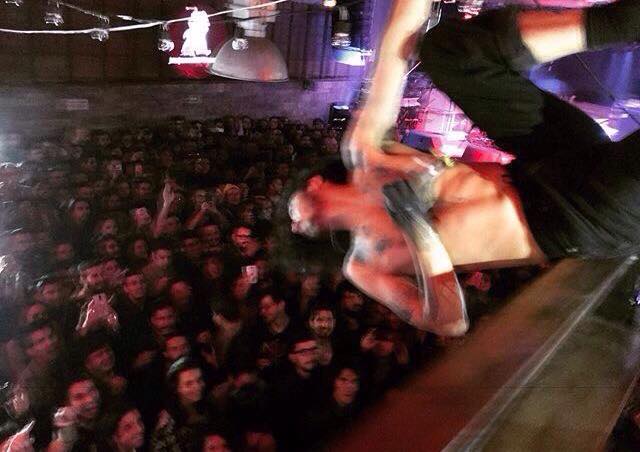 Why do mantras appeal to you so much?

Because for me performance is a mediation, I like to transform and disappear for a while. The best way I can do this is to create lyrics that work in repetition. Creating new mythologies through words. “I have nowhere to be, I have nothing to see. My own precious time says, My Shadow is me”

Whom, or what has influenced your artistry and performance?

I am mostly influenced by my surroundings, the close intimacy of the things people project around me. Making a video has opened up another world for me to discover other cool underground projects… I love working with different labels and artists making clips and also helping them with visual collaborations. I also love being giving records from friends.

Because I like listening to full records start to finish, similarly to when we used to listen to CDs; You would have just one CD in for the day. Maybe carry a couple of others around too. I love sharing music and film with friends because that is when I feel I understand someone. As we always take the conversations and concepts to a level of existing with each other. Therefore I am influenced in a strong way , an example being, this year. I made a film with my friend Nick Murphy (fka Chet Faker) I loved this project because it wasn’t just about the film but the discussions we had on music, performance, gear and recording, Life etc.. I discovered new ways to go about my own musical adventures …. I find that particularly influential … influence always takes place at the oddest of hours …

Even as a musical artist do you feel that your art more visual than sound, as you attempt ‘to capture the emotion of the live sound’?

I think both are important and both are a little bit different, the sound is important and can find new ways of developing, working in film or finding other avenues. You need one to have the other. So I feel they go hand in hand. Sometimes I focus more on visual side and that helps predict the sound… live is live and will always have a different feel for me . It’s different because the work has already been put in the structure has been built … then the performance is just the extension of this play ground … ‘the inner reaches of outer space’ Jospeh Campbell … I like to think that the show is like the title of this book! Ha ha ha ha 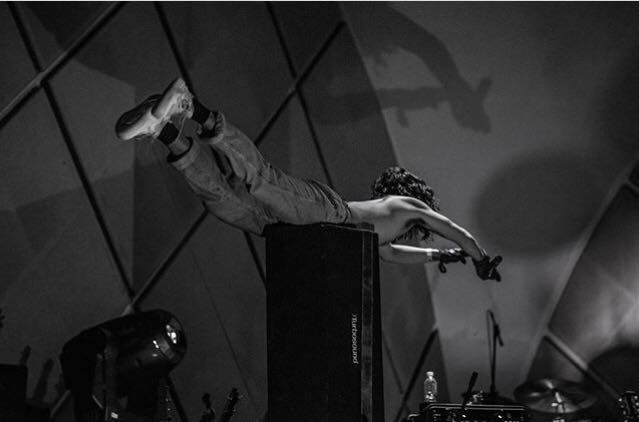 Johann Rashid On The Films Shaping His Work And Self