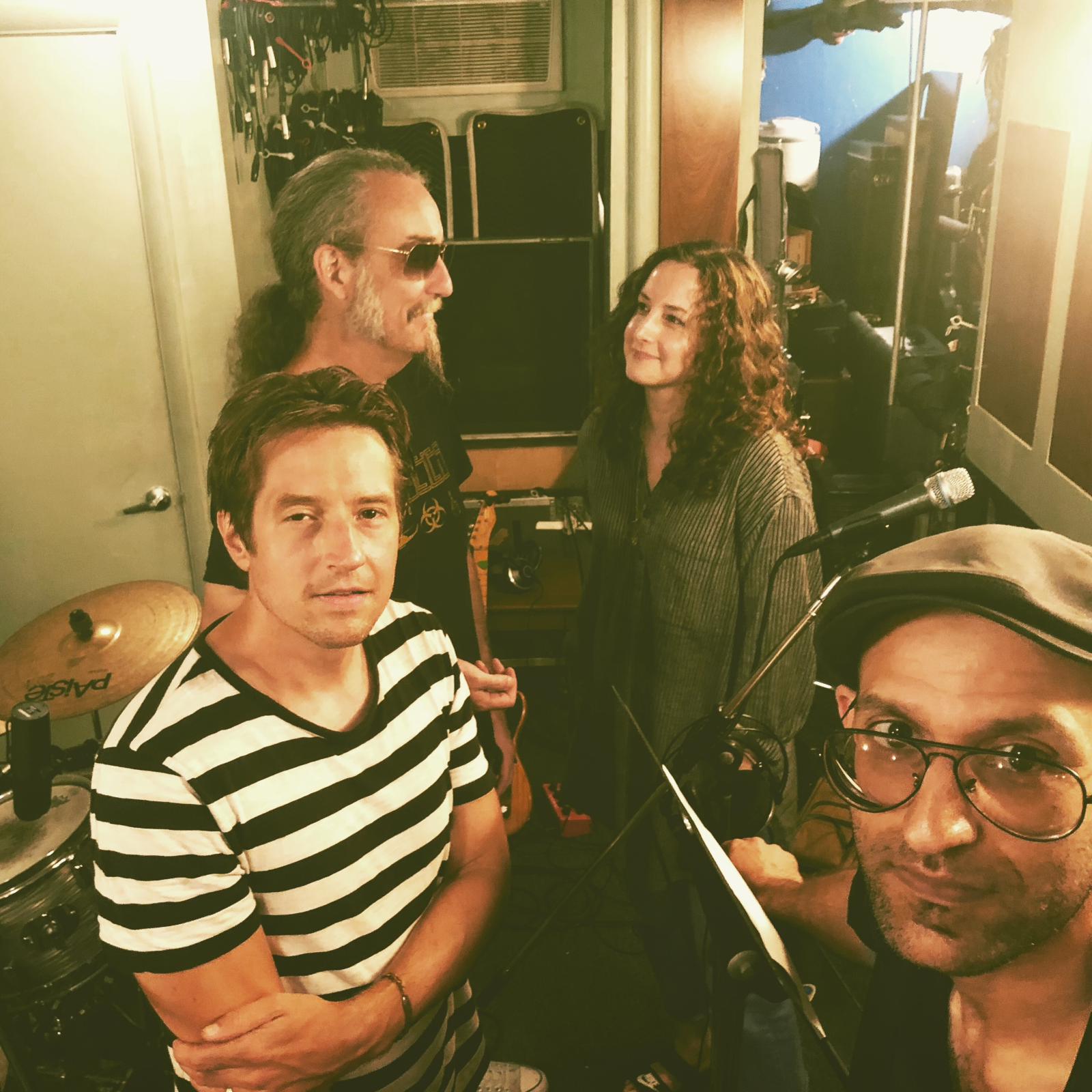 The Moors are continuing where Zerobridge left off. They possess that same straight up rock n’ roll attitude and “don’t bore us, get to the chorus” sort of affair. No messin’ about, the tunes come first. But The Moors is more immediate, cuts a bit more, and I suppose has that much more grit, a little extra dirty glamor, haze, and…speed.

‘I think you’d have to kill me first before I stop. I’ve got too many songs and too much music inside me to press pause, or just hang things up’

The music has more of its own personality and comes from a particular point of view maybe compared to Zerobridge. A phrase lead guitarist and producer, JP coined describing the Moors sound is “switchblades and eyeliner.” That might just say it all.

Has life changed much, for you since we last spoke?

Sure. Life has changed, stayed the same, spun me around and taken me back to the start all at once. I’m just trying not to get in the way, hustling all the while. That was a great moment we shared last year, meeting up in Harlem. Glad you and your mate could come around before catching your flight back to the UK!

So I’m still working at The Institute for Family Health, a nonprofit which provides low income communities in New York with health services and public health programming. At the moment my programs focus on food justice and providing South Bronx communities, primarily Hispanic/Latino and African Americans of all ages, access to healthy food. The Bronx is and has always been a vibrant culture, rich in its diversity, and a very important part of the fabric of New York City (the birth place of Hip Hop and home to the original Little Italy for a start. Hello!!!). Unfortunately, the Bronx has also been historically neglected and underserved. There are some signs of that changing though. I also work part time as a barrista at a dope café near my home in the Lower East Side called OST. And of course I’ve started a new band, The Moors.

Are The Moors and Zerobridge living in harmony, as a creative entity for yourself and JP, or is this a whole new vibe of creativity?

I suppose you could say that Zerobridge is…technically on hiatus? Towards the end of last year, the lives of band members had just taken them in different directions, states, and even countries! Mohsin’s (brother and Zerobridge drummer) nonprofit, Me/We International

(https://meweintl.org/tag/syria/), that works with Syrian refugee youth really took off in the last couple of years, and right now he’s focused on that. Greg (Zerobridge bass player) took a great job opportunity outside of New York. So all great things— careers moving forward, starting families, pursuing other interests and projects, etc. And to be quite honest, I could sort of feel things moving in that direction. There’s no bad blood or bitterness in spite of the disappointment of not being able to carry on with Zerobridge.

But you know, 15 years of keeping a band together is no joke, in NYC no less. We made some cool things happen as a band and ultimately released a kick ass document of that whole period with our album, “Louder Than All Your Words.” I’m so proud of it. We’re all so proud of it. That record and those songs still deserve to be heard and have been my life’s work thus far. And as the songwriter, I plan to carry on making them heard through The Moors. Before making any decision on the band’s future, there are a couple of Zerobridge recording I’m plotting, with unreleased material and remixes of tunes that go way back, stuff fans haven’t even heard. So, we’ll see. Right now, I’m looking forward, and it’s all about The Moors.

Well, I’m not gonna lie, I was thrown for a loop when Zerobridge unraveled. I didn’t know if I could continue or even wanted to continue. There were times when I thought, “What’s the point?” But at the end of the day, you’ve just got to get on with it. Make it happen. Stay creative or die, really. I think you’d have to kill me first before I stop. I’ve got too many songs and too much music inside me to press pause, or just hang things up.

You were born in the same UK town of Pontefract, as my younger brother, Matthew. Please, tell me a little about your life journey and ‘exotic’ ethnicity?

My journey? I’m the middle of 3 sons. The ‘rents are from the Valley of Kashmir, in Northern India. They and my older brother, Raj, immigrated to Pontefract, England where I was born. We then moved to the States, when I was 3 or 4. Mohsin came around later when we settled in the

DC/Maryland/ Virginia area, the DMV as it’s called. I’ve been lucky enough to be able to live in NYC for close to 20 years now. Doesn’t feel that way though. But then again sometimes it does.

Have you ever considered a move to any other borough outside Manhattan, homie?

I don’t know, it’s all New York City to me, always has been. I’ve managed to stay in Manhattan all these years. It’s just sort of where I’ve always ended up.

Inspirations and artistic hero’s; between now and then?

Music hit me at a very early age. My earliest musical memory is listening to the Beatles’ A Hard Day’s Night on the family record player. My Moms picked up that record from Sears. I remember it very clearly: early one Saturday morning, Raj and I saw the record in the living room and removed its plastic covering, placed the vinyl carefully on the turn table, dropped the needle, and then…the world just exploded. We would move the needle back to A Hard Day’s Night over and over again and sing along, staring at the the record sleeve. It was just like, “Who are these guys?!” The thrill has never left. That opening chord and those melodies and harmonies still give me the same chills as they did when I was 5 years old, maybe even more so now.

Also, my parents would always play classic Bollywood songs around the house like Kishore Kumar, RD Burman, Mohammed Raffi, and Naushad. Like everyone else, I did go through my Michael Jackson phase as well (still the King of Pop). But I quickly became obsessed with rock n’ roll, the radio, and even more obsessed with all things guitar. I fell in love with the blues at an early age and was kicking around on the instrument for a minute but didn’t really start taking music seriously, until I hit high school. During those years—you know, when you’re feeling weird, don’t fit in anywhere, day dreaming or dreaming about girls, hating authority and the jocks, wanting revenge on those who put you down, like the Count of Monte Cristo (sort of) — music and rock n’ roll not only became a weapon but a refuge and a powerful mode of self-expression. At the same time, even before all that, the idea of being a musician and turning people on through song, was just always so cool and beautiful to me. There’s a certain nobility to it as Johnny Marr says. Ultimately music is about so much more, something bigger than any of us or our reasons. I couldn’t even really explain it to you.

Desert Island Disks? 3 only? That’s tough. Really tough. I don’t think I can do it. I’ve got Exile On Main Street by the Stones playing right now at the café (it’s a slow shift, so I’m trying to knock off this here interview during the downtime), so that’s a contender. I’ll have my iPhone, so I guess I wouldn’t have to make such a decision ‘cause I wouldn’t need a ‘disk’ player. 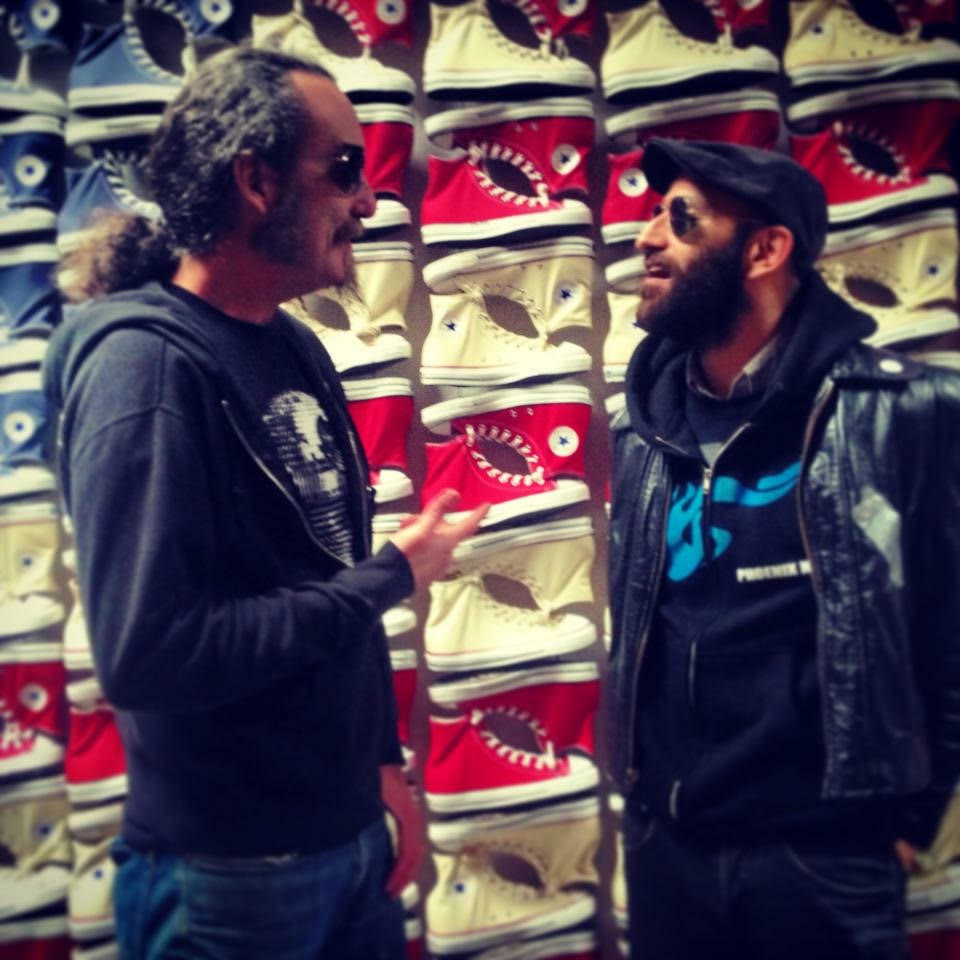 Any local ‘secrets’ you can spill out on NYC for our readers?

NYC Secrets: I already mentioned one of them. OST café is the best coffee you’ll get in the city for your buck. And I was a customer for years first before working there. And for great healthy food (vegetarian or vegan) at great prices, check out Yahlookovah, a Jamaican spot in Harlem. You can attest to that yourself, Nick!

How do you feel right now?

In what ways do you relate to humankind?

I’m a human being for a start.

Tell me more about, The Moors?

Currently, the core members of The Moors are myself and JP Bowersock. As before, I write the tunes, play rhythm guitar, and sing; JP plays lead guitar and handles production. I brought in some old friends from back in the day (early 2000’s), Gin Cantrell on bass and David “Jack” Daniels on drums. They are a killer rhythm section and played in great NYC band called Go To Town that JP also produced and played in for a bit. The lineup will evolve, but that’s where we’re at for now. We recorded the first batch of songs in a basement studio in the Lower East Side called NY HED Studio on Orchard Street. Our first release from those sessions is a tune called “I’ll Never Know.” You can hear it here:

Do you feel that you are still developing as an artist/musician at this stage in your life?

Every day, I hope!

Any noteworthy music, art or books keeping your riveting mind entertained, or evolved?

“Truthfully, no new music has caught my ear. I’ve either been focused on my own music with The Moors, or have been going back in time and discovering or rediscovering older music.

Some of my recent downloads have been tracks by The The. They were so good. Matt Johnson is a great songwriter. I finally got around to George Harrison’s All Things Must Pass.   I’m reading constantly or listening to audio books. Right now, one of them is “Trouble Boys: The True Story of, The Replacements.”  “God, what a mess,” indeed! A beautiful mess, maybe.  Riveting and insightful, that one.  The music of Paul Westerberg and The Mats is a huge influence on me.

In fact, I just heard that Bash & Pop record, “Anything Can Happen,” and it is absolutely killer. That’s Tommy Stinson’s (The Replacements bass player) band.

I am also reading a book by Adam Grant called “Give and Take” and “High Rise” by JG Ballard. And I know this is TV, but Peaky Blinders has been my favorite show as of late, tied with GOT.”

Anything you wish to say to your fans/admirers/readers?

Check out The Moors! We’ve got another single coming out soon, in October. Both songs will be up on Spotify and other digital platforms by then as well. Spread the word, drop us a line, and follow us on Instagram and all that social media stuff that consumes so much of our time in this day and age. Other than that, be good to yourself and be good to each other.

Finally, what do you have in mind for the next time that we hang?

Hopefully, the next time we hang will be in your neck of the woods, on tour with The Moors, when I can bring the music live and pay homage to my roots in the UK! God Willing.

Nick, always a pleasure, Bruv. Thanks so much for your love and support. Can’t wait to hang out with you again! 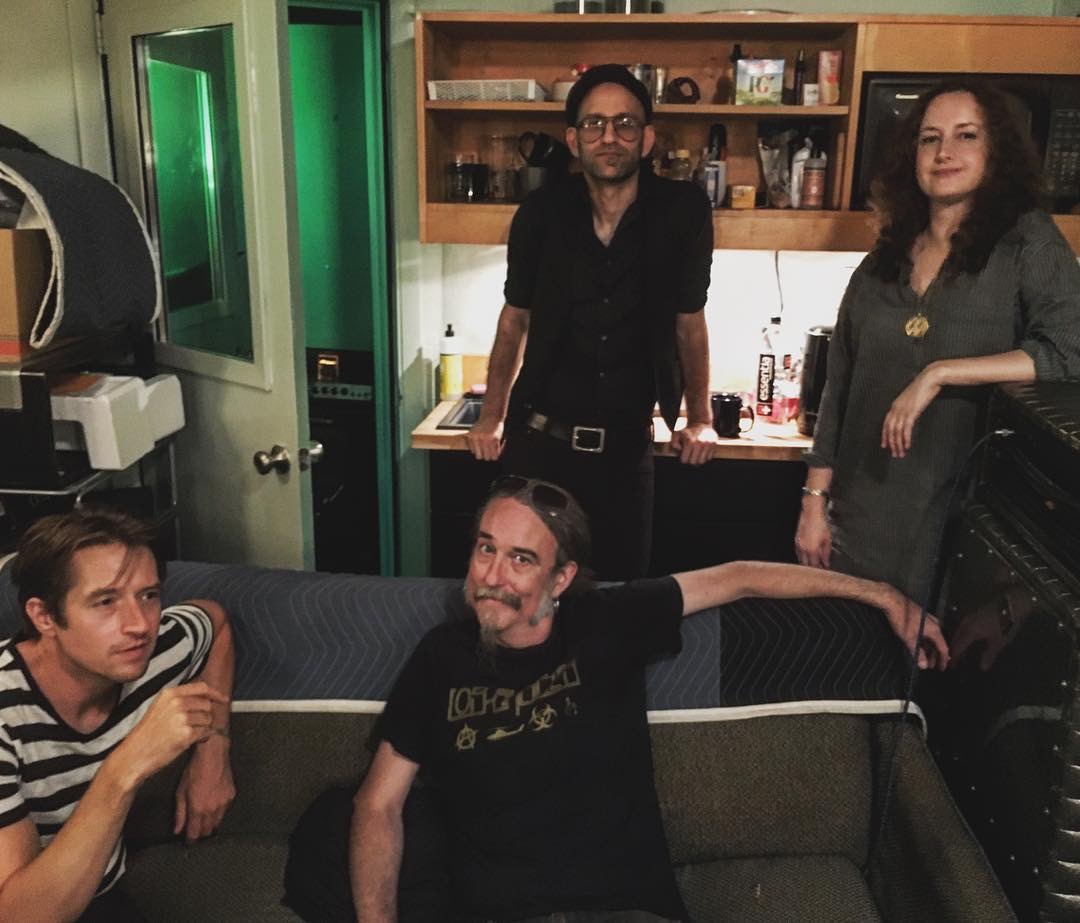