Inspired by the fuzzy swirl of ’60s garage, psychedelia, through to 90’s shoegaze, Chilean trio La Hell Gang started developing their own dusty, raw, and swaggering sounds in the late 2000s. Made up of guitarist/vocalist Francisco Cábala (aka KB Cabala), drummer Nes, and bassist Sarwin, La hell Gang recorded their first album, Just What Is Real, in a single day in 2009.

The album was tracked straight to analog eight-track tape and used vintage amps, pedals, and microphones to capture a sound just as hazy and retrofitted as the gear it was made with. Indeed, the carved words of ‘Hell gang’ in guitarist, KB’s chest a la, Richie Edwards for the album cover, was ‘for real’!

It would be a few years before the album saw the light of day, however, as Hell Gang was temporarily shelved while Cabala spent some time focusing on his other band, Chicos de Nazca. More unexpectedly, Cabala also dedicated a good amount of time and focus to his own solo electronic music, which took inspiration from the grainy textures of artists such as, Boards of Canada Just What Is Real eventually saw release in 2013 on BYM Records, and follow-up ‘Thru me again’ appeared the next year on the Mexican Summer imprint.

I caught up with the band to find out what the busy band are up to and what the future holds, artistic and personally. 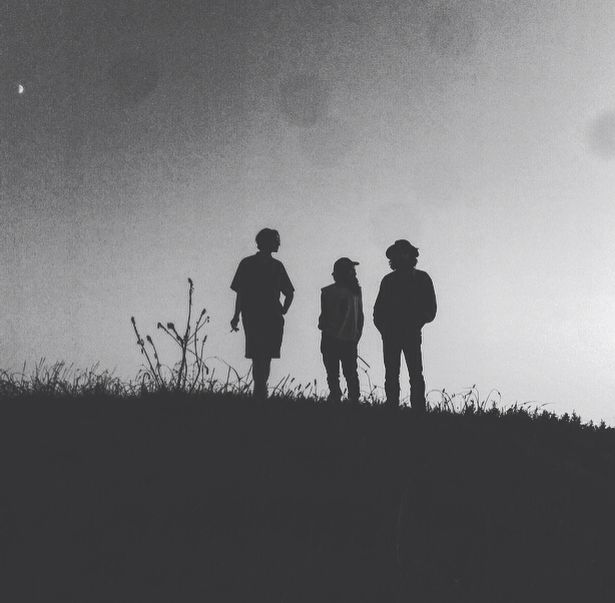 What is the back ground/history of La Hell Gang and why such a band name?

I Started the band when I was 19 after break with my first band (Cindy Sisters). Me and Rodrigo (bass player) met in the school, I met Nes the drummer friends and he stop to play in others projects to enjoy us.

The name was born because I like to see the Hell Angels movies at that time, like Wild Angles.

How would you describe the bands sound?

Our sound could be described as raw and analog, we always record on tape, and with vintage equipment, Flowing guitars, into a psychedelic blues mood.

Do you guys still record your music out of a repurposed monastery near Santiago, Chile?

Now we record our music in Bym Records in Santiago de Chile, and Berlin (where I am Based now)

Was the the album cover for your 2009 debut Just What Is Real —featuring the photo of the words “HELL GANG” carved bloodily into guitarist KB’s chest as the album cover, for real?

Yeah was for real.

Do you guys still run your label BYM (Blow Your Mind)?

Yes! The label is run by Nes the drummer. They are releasing new music all the time.

How has your homeland, Chile influenced your music (and how is the life of an artists and musician in Chile. For example, there are many cool bands lighting up Uruguay yet there is not much investment or help!)?

Chile influenced meeting some people when we were starting to play, music collectors or some bands influenced to start playing, for example, was a band called “The Ganjas” and they played all the time in Santiago, and we started to play with them, and was cool vibe.

Why do you think it took a while to gain traction outside of the Americas unlike other bands on your label?

Because Santiago is so far from Europe, is not easy for bands go and play, if it is not for a proper tour, so if more bookers would be interested to plan a organized tour then would make things easier.

Whom and what are the bands influences?

Why should people listen to ‘La Hell Gang’?

If you Dig open sound guitars and raw music and the traveling way!

You have all lived in different countries at intervals, including Berlin. Where are you all currently located and how does the band continue to work under these circumstances?

I (KB) live in Berlin and Nes and Rodrigo live in Santiago, I go to Chile sometimes and they come here, and also we’ve been recording at the distance.

I feel it in the morning right after wake up, or being high.

How important is social media to the band?

I think the label (Mexican Summer) helps a lot at this time, to reach different ways more than the «psych scene» now a day, also to put our music in different platform, like movies, or surf videos, also some series, that helps to move a bit more.

Although, it is cool to use old equipment for recording and not tamper by mixing too much; would it be cool to use modern equipment and create something cool with it. Like, The Beatles and Lou Reed even used the equipment of the day?

I really prefer record on tape than digital, is deeper, harmonic and bassy, also I always used old fuzzes, cause I like the tone.

but I always try new brands that are making cool delays, reverbs, and compressors.

How are you with the world and your lives at the moment?

Now I got a balance between Berlin where I have my studio and my band called Chicos de Nazca and Chile where I have La Hell Gang, so Im happy and full with both sides.

Is there any specific equipment you use for stage and recordings?

What do you guys enjoy doing outside of music?

I am more focus in my studio, making songs and jamming with friends.

We are finishing our new album, that will be release at the end of this year.

Your music is featured on the Cult Records playlist. Have you spoken to Julian (Casablancas) yet about a record deal, or production duties? 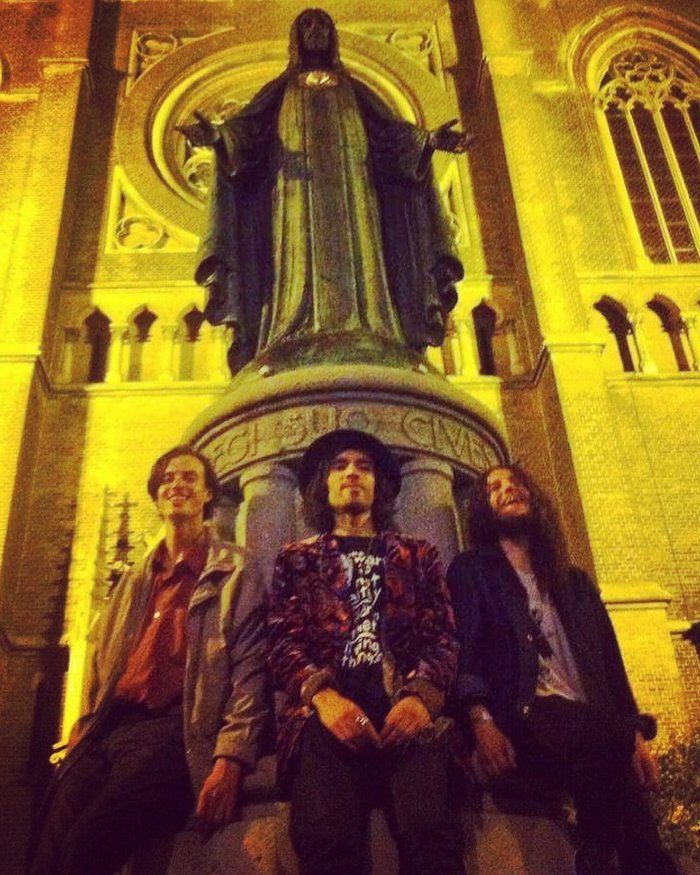