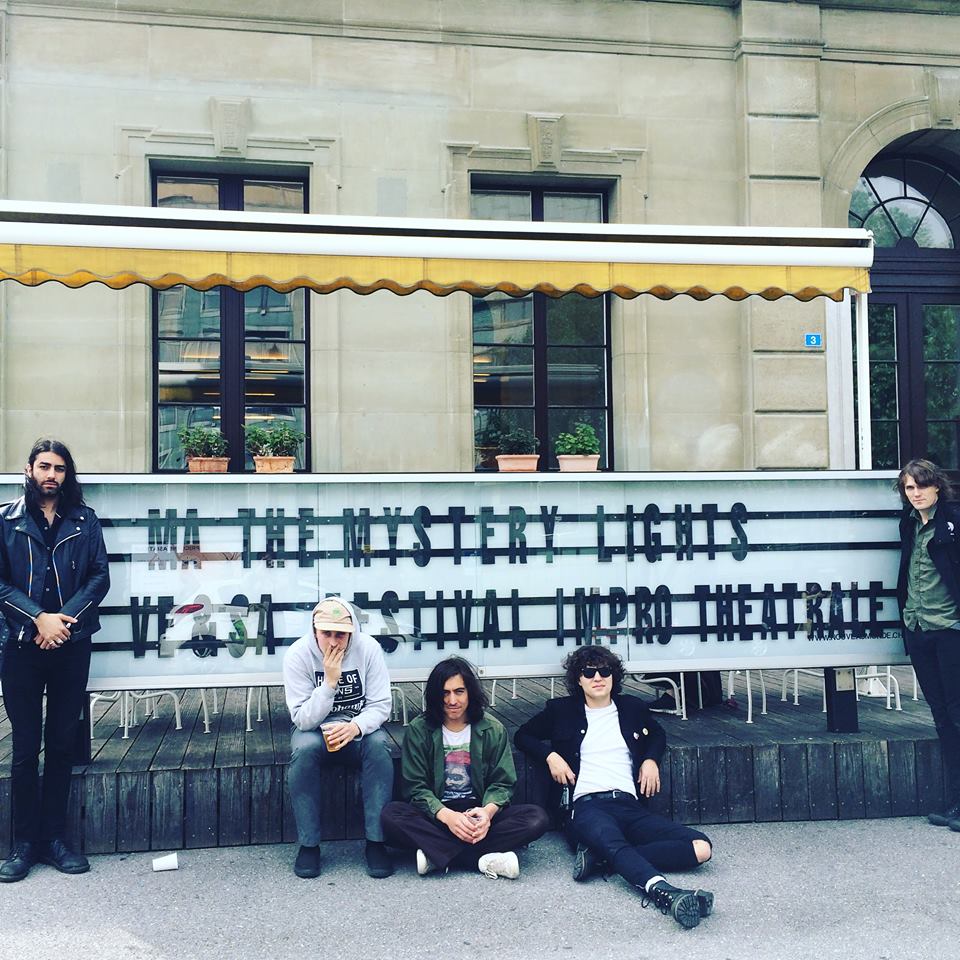 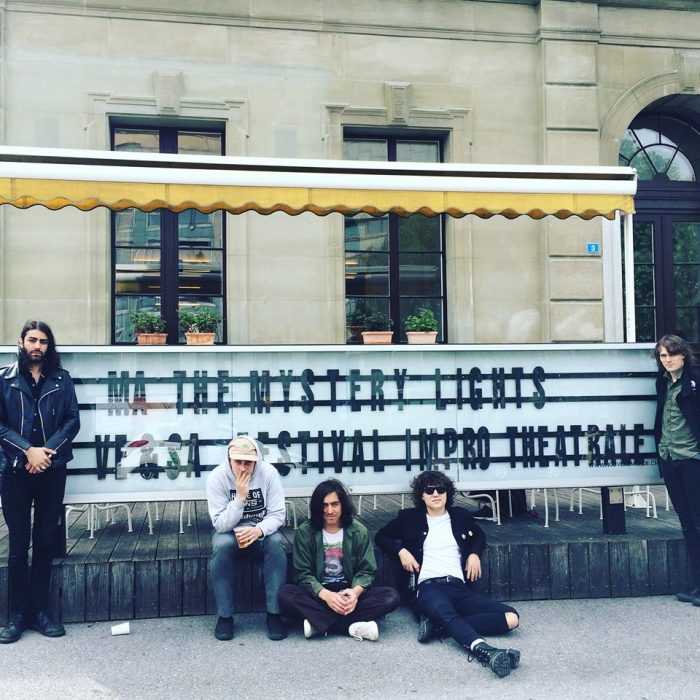 New York City based band,The Mystery Lights have been making a name for themselves over the last couple years as one of NYC’s best garage rock bands and certainly as one of the best live acts.

Ifyou like your music pure and genuine, raw and nasty with musicians whom play their instruments like ever strum or beat is their last breath, filled with passion and guts then The Mystery Lights are your ventilator.

The band are ‘set in their ways, very confident, have something to say, yet extremely clever, tough, rough around the edges, and quick witted. They each hold unique personalities brimming with genuine character.

Anchored by the hypnotic, intertwined riffs of guitarists Mike Brandon and L.A. Solano, «Follow Me Home» rumbles ahead and gleefully teeters on the brink of a full-blown psychedelic freakout. But Brandon’s ragged, static-soaked vocals and the song’s subtle pop undertones keep it firmly rooted in the tradition of Sixties garage and gritty NYC punk.

They are now set to release their self titled debut album, which also marks the first release from Daptone’s new rock imprint, Wick Records. The album, out June 24, was made at Daptone’s House of Soul studio with Wayne Gordon at the controls.

I managed to score an interview with the ‘Lights requesting information of all sorts. 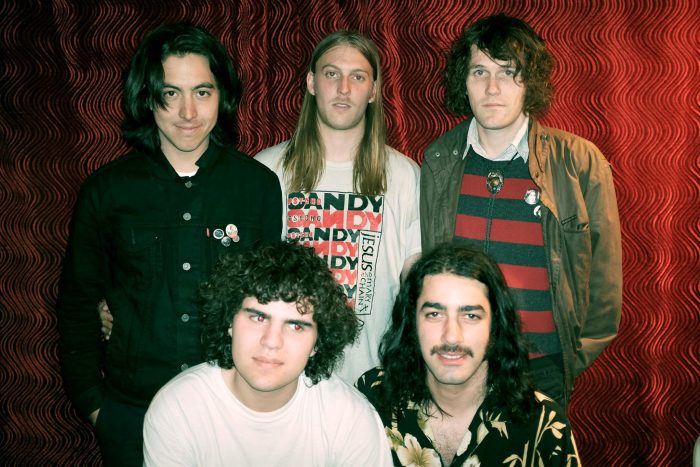 What are the origins and backgrounds of the individual band members and how was mystery lights birthed, including the band name?

LA and I are both from Central California where the Mystery Lights were birthed. The band dates back pretty far, with a long on and off history of about 10 years or so. The original band was me on drums, LA on guitar and Joe Della Mora on bass. We just locked ourselves in garage on Commission St. in Salinas, California and wrote. We recorded tons of demos but never cared to release any of it really, just did it for our own personal pleasure. One day we realized we needed a frontman, so they convinced me to get off the drums, pick up a guitar and sing, so we put my good friend Stephen Miller on the drums and that was the original lineup.

I remember we were trying to come up with name for a long time but nothing felt right. We were playing under the name The Numbers for a little while. Then one day in the driveway at my place after practice, LA pulled out this paper with the name “THE MYSTERY LIGHTS” written across it. He said the name came up in a dream of his.  The name just rolled off the tongue. It was perfect. We were shocked to see that nobody had used it before, so we claimed it as our own.

Once we had the band ready with a solid name, we ventured out a bit and began playing small shows here and there in California. We were all in high school at the time, not really taking it too seriously. Shortly after, the band came to a halt. Joe got busy taking over his father’s business and Stephen got busy with School.

After a little break, LA and I decided to head east and resurrect the band. There we met Alex Amini who jumped on the bass and Nick Pillot who we became the new drummer. Both originally from California as well. We played a few small shows here and there and practiced in various trashy practice spaces. Kevin Harris, who was originally from Boulder Colorado, was one of our good friends at the time who would come to our practices to work on his art and drink beer. He had the best taste in music, and was an incredible artist. We loved having him around, so one day we asked if he wanted to join our band and play some sort of instrument. Even though he didn’t know how to play anything, we threw him on keys and he picked it up extremely fast.

Shortly after we recorded our full length record at Daptone studios, Nick Pillot decided to move back to Southern California. After going through a few drummers, we finally found our current drummer, originally from Omaha Nebraska, Noah Kohll, bringing us to the current lineup we have today. 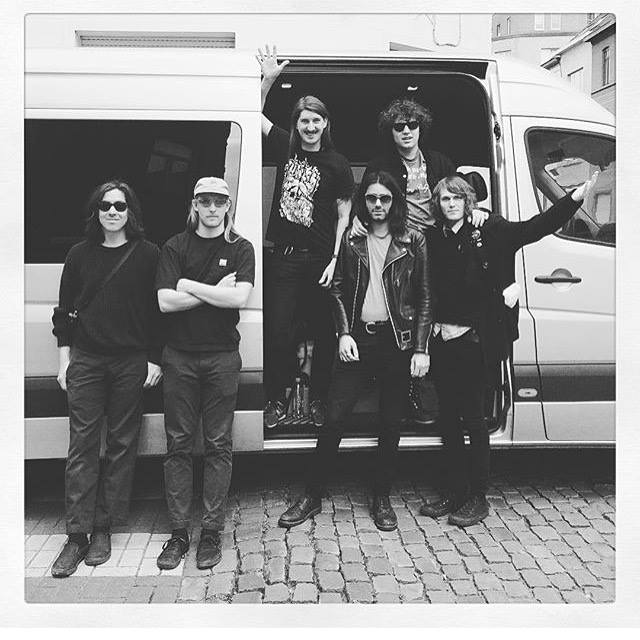 You guys originate from California yet based in NYC. In what aspects has this had an effect on the band as musicians, or humans and what were the motives behind the migration?

We had some people out in New York encouraging us to move out there, so one day La and I just decided to make the move. A more diverse, fast-paced city was appealing, with not much really happening for us in California at the time. I made the move first. After getting a bit comfortable, LA decided to come visit and ended up staying permanently.

Could you explain the main influences, or inspirations of the band?

We are inspired by many things. For music, to simplify it with genre’s, we definitely love fuzzed out, raw 1960’s garage rock, punk from the late 70’s and early 80’s, jazz, blues, underground hip-hop, post punk, kraut rock, soul, classic ballads, we love it all. Anything pure and genuine. We absolutely love imperfections. Those who aren’t technically the best musicians so to speak but play with passion and guts are some of our favorite artists. We love it raw and nasty. We like to incorporate all our influences into our songs, making them their own thing in the end. We try very hard not to get locked down by a specific type of genre, and you’ll see over time that our influences know no bounds.

Writing songs can be a hobby, gift, job or past time for an artist. In what manner and methods do you guys write songs; as a collective or individually separate?

We enjoy writing. Usually we would all just bring ideas to the table, where we would structure it and then eventually I’d add lyrics. Pretty simple process. Most of the music comes from just hanging out and jamming around with ideas, each of us inserts our own little riff here and there until the song is complete. The lyrics are usually written in the midst of transportation on the subway while listening to the song on repeat. The music usually inspires the lyrics.

How do you guys relate to the musical landscape of NYC?

Well we all grew up listening to a lot of music that came out of New York such as The Velvet Underground, Television, Richard Hell, New York Dolls, Johnny Thunders, Blondie, Thelonious Monk, Silver Apples, Suicide, etc. A very inspirational time and place for music that gave birth to all these gems that each played a heavy influence on us. 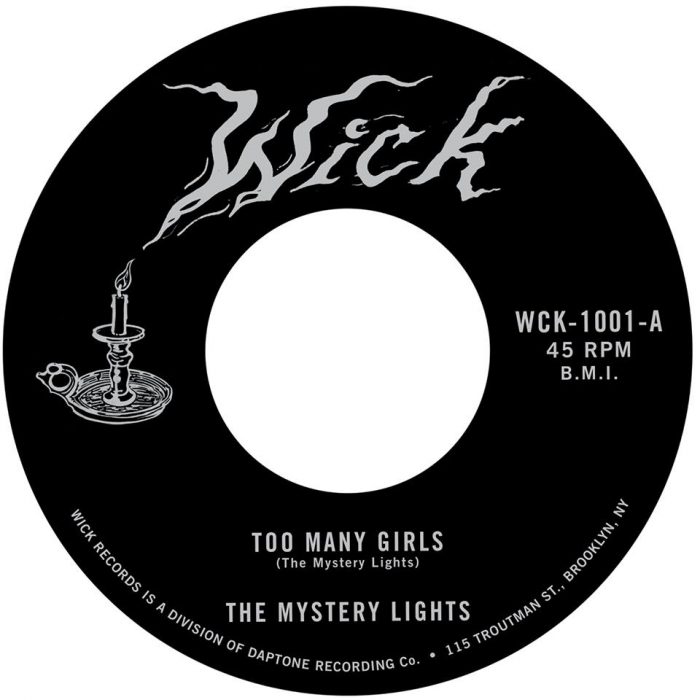 What are the best and worst aspects of being in a band?

It’s always fun traveling and seeing new places, but it can be quite exhausting. Every night is a party and every day is a long hungover drive. It can be mentally and physically taxing, no matter how fun it is.

I watched the documentary (www.soundandchaosfilm.com/trailer/) on BC Studios in Brooklyn. Sonic Youth comment upon how they found it difficult capturing their ‘live’ sound on record, in the beginning. To me, your live energy is frantic and a beautiful frenzy sonically; have you found it difficult to capture that aspect of your performance on record?

The full-length record definitely captures the live sound and energy. We recorded it all live so I guess that’s why. I understand what they mean though, it can be very difficult to translate the energy and pure sound of the live show in the studio, which is why doing it live is the best most honest way to go.

You guys have been on the road a lot recently, including SXSW festival. How has the tour been going and are you looking forward to your European dates?

The tour was mentally, physically, and financially debilitating but was one of the best tours we’ve done. Besides a few mishaps of course. Our van broke down in Richmond VA so we just left it there and rented a black luxurious Suburban for the rest of the tour (Only van they had unfortunately, goodbye signing advance). I also managed to slice my hand open on some broken glass, so I had to wrap it up before every show. We also crashed Breanna Barbara’s van into a ditch out front of our friend’s house in Nashville one morning, that was fun. Other than that the tour was great, lots of good shows back to back. Now we are gearing up for our first Europe tour which we are heavily looking forward to! 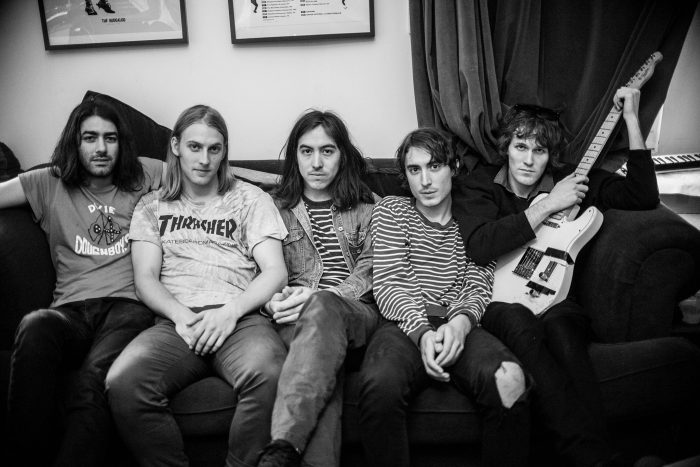 How do you feel about social media; in its part within the music industry and relationship between fans and bands?

It definitely helps keep people informed and can be extremely useful, however, it can also be soulfully damaging if used in the wrong way, which people often times tend to do. Alot of aspects of social media we really hate, but it is pretty interesting seeing other bands post their opinions, articles they liked or disliked, music that inspires them, etc.

Where are you guys at right now, and when can we expect additional material?

We recently signed a contract with Daptone and have a full length record coming out on their new rock imprint Wick Records which is set to release June 24th, 2016. May 6th– June 12th we have our first European tour leading up to the release. Then we will have a full scale East/West coast record release tour lined up in the states beginning June 18th until the beginning of August.

The band has been going for a good while now (2010 lovin’ machine video) and with a SXSW date and European tour, do you guys feel you are making waves and an impact?

We definitely feel like things are finally moving in the right direction.

As mentioned before, we never really took it too seriously up until a few years ago when we decided to start putting out records and touring. In 2010, we were alot younger, still trying to figure out our sound and find our footing. Just making noise, having fun. Now after much cultivation, we are ready to properly introduce ourselves.