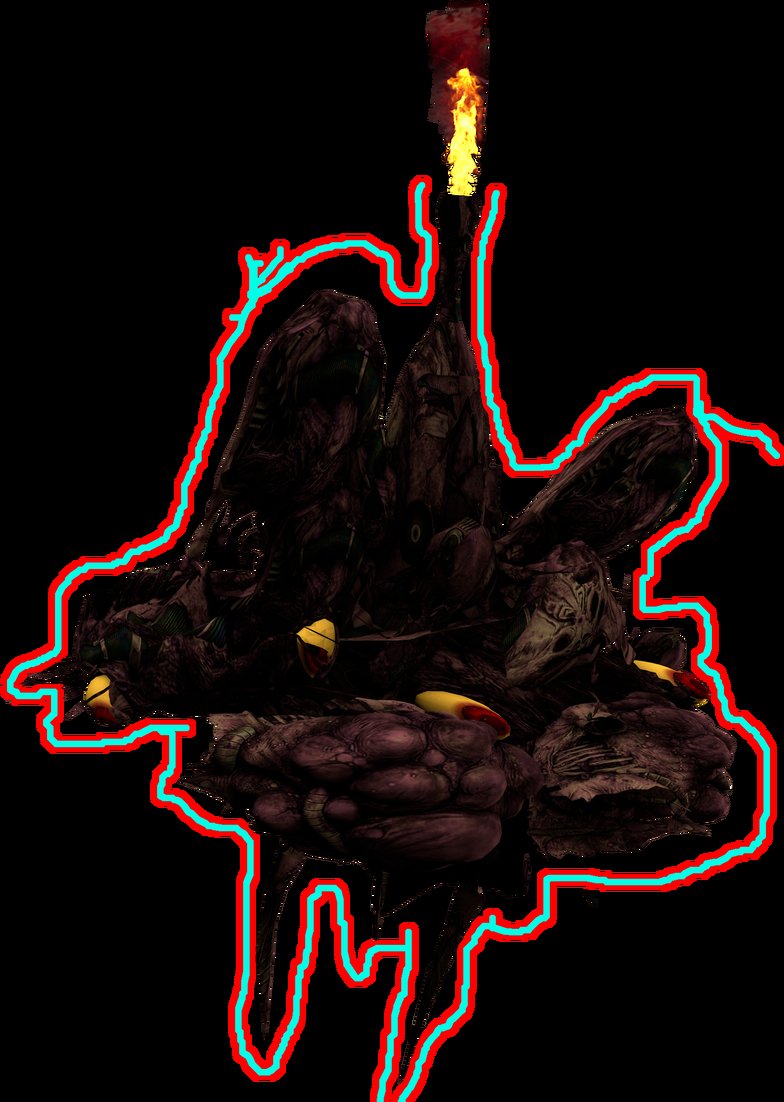 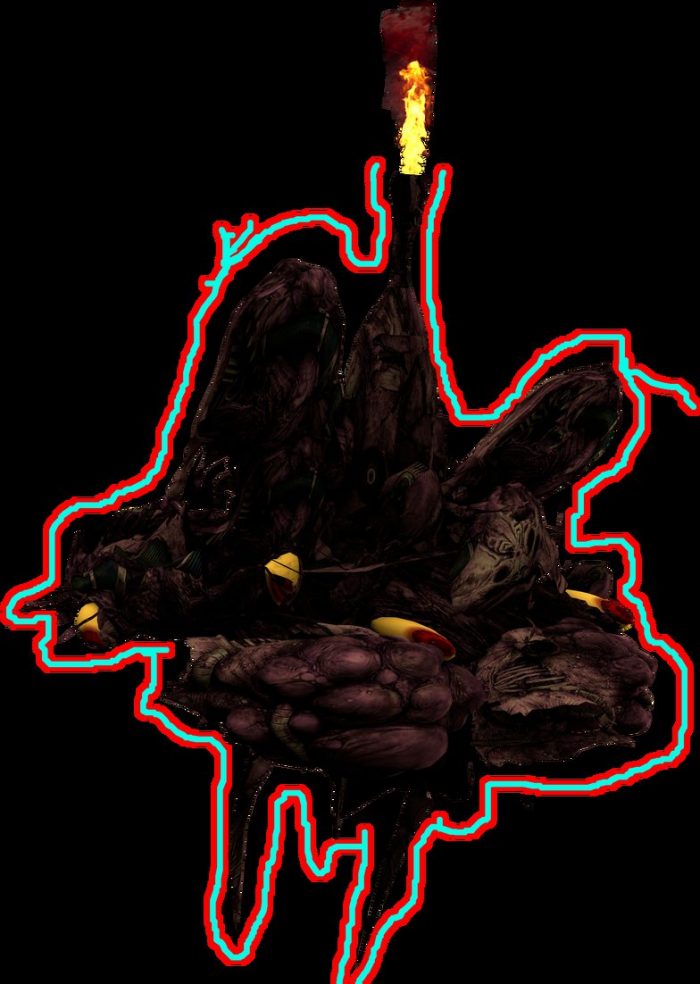 Bedroom producer, Yeongrak is prolifically creating perverse, and catchy sounds, which has scored him notoriety, attention and success with many, including a recent feature in, The Wire, all the while, defying the obvious conventions of others, ‘I just want to do my own thing, I had other ideas, I started making different stuff.

Yeongrak is an artist whom is inspiring me in every conceivable way, imaginable. Not only are his methods of creation inspiring through their lack of regiment generic norms but his nonchalance to life have profoundly influenced my own internal thought process.

I was all too aware with my questions that this is a guy whose responses would be eccentricly intelligent, to say the least and I was not to be disappointed.

Yeongrak’s reply to the question, ‘What were your influences growing up and how does New Zealand, and Christchurch contribute to your art? Was with,  ‘I don’t really go out much at all so just about all of my influence comes from things I see inside rather than out’.

The interview brought even more wondrous discoveries teaching me that the name Yeongrak is a kind of pseudonym cribbed from a fellow user of Facebook after the artist was ‘sick to the teeth’ using his own name.

In regards to the intentions of his artistic ambitions, I was bowled over by the sheer visuals buried within the statement “I think I’m just fascinated with gross stuff,” Yeongrak continued. “I’d been wanting to make music that made people grossed out or uncomfortable for a while. I think those body noises, along with a really amateur and poorly constructed sound, give it a creepy vibe. That’s what I’m trying to do.”

‘Immersed in the worldwide online music community, the digital noise artist makes music at home in Christchurch, New Zealand. While browsing through YouTube, Yeongrak discovered the Digital Hardcore label. “At the time I was really into breakcore and I found the video to “Sweat” by Shizuo and loved it,” Yeongrak told Shane. “Shizuo is my all-time favourite but I was also pretty into Bomb 20, EC8OR, Patric Catani and Hanin Elias’.

By the time you are reading this, Yeongrak will have no doubt released more of his genius upon the Internet ‘’world’, allowing us a further glimpse into a great journey, delved in the very depths of his evolving and vast musical mind.

Thankfully, I lucked out and was fortunate enough to catch up with Yeongrak, via email, what else, to personally communicate, yet interrogate him with questions, which had been painfully perplexing since I encountered, Yeongrak, via, The Wire and then through multiple, transfixed listens of his releases on Bandcamp. 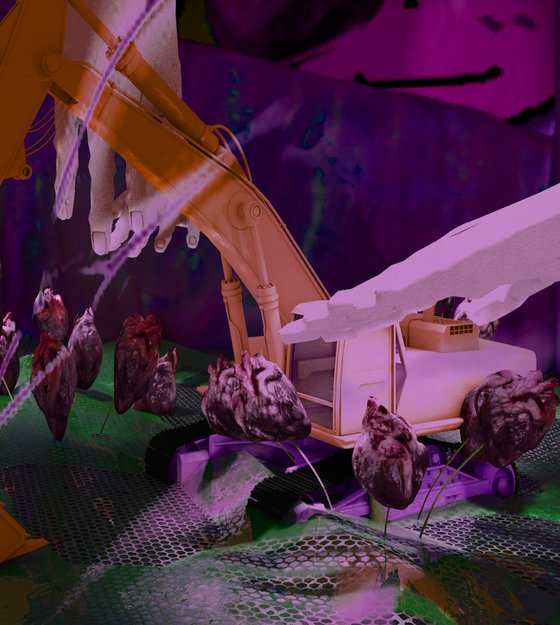 What is the meaning by the name, Yeongrak and can you briefly describe your existence, thus far?

I just saw someone on Facebook called Yeongrak, and I was sick of my old name. I don’t know how to describe my existence, there isn’t much to it.

How did your journey of musical creativity originate?

It’s just something I always wanted to do, and then I found out how to do it on a computer. I started out making cybergrind and now I am here.

The South Island is renowned for acts, such as, The Clean, The Dead C, The Verlaines, amongst others, although not so much computer based, as far as I am aware.What were your influences growing up and how does New Zealand, and Christchurch contribute to your art?

I was never really influenced directly from anything In Christchurch, or even New Zealand. I never paid much attention to what was going on musically here. I don’t really go out much at all so just about all of my influence comes from things I see inside rather than out.

Your recording setup is cheerfully minimal, in contrast to the spiralling details of the sounds you create. Besides, renoise on your laptop and electribe that you sometimes incorporate, could you please tell our readers other such tools, and equipment you us for your recordings?

Thats it, I don’t really use anything else. Lately I’ve been messing around more with my guitar, after years of never using it.

Rakugaki Junkle is one of my favourite tracks. It is very upbeat and danceable, which I play at parties. How did that song happen and what vibe were you intending?

I was pretty into making more light hearted and poppy stuff back then, I think I just put a girls’ day song into renoise and tried to make something with it and that’s how it happened. I barely ever open renoise trying to make anything with a specific feeling, I just try to make something that I like.

Also that’s cool that you liked it enough to play at parties thank you!

While Yeongrak has had a high rate of production in for a modern day artist. Recently such a prolific rate has been breaking. ‘For a little over a year I was trying to make an album every month, from the beginning of 2014 to maybe midway through 2015, but I don’t think that was good.’ What has brought about this change in releasing music?

Yeah, I said that at the time but it didn’t really work out like that. I still ended up making a bunch of stuff, I don’t know why I do it. I hate taking breaks from making anything, if I haven’t made anything for a couple of days I start thinking I am never going to create anything again, so I try to force myself to just get something out even if it sucks, most of the time that helps me get out of a rut. If I make something shitty I can usually just sample it and make something better. 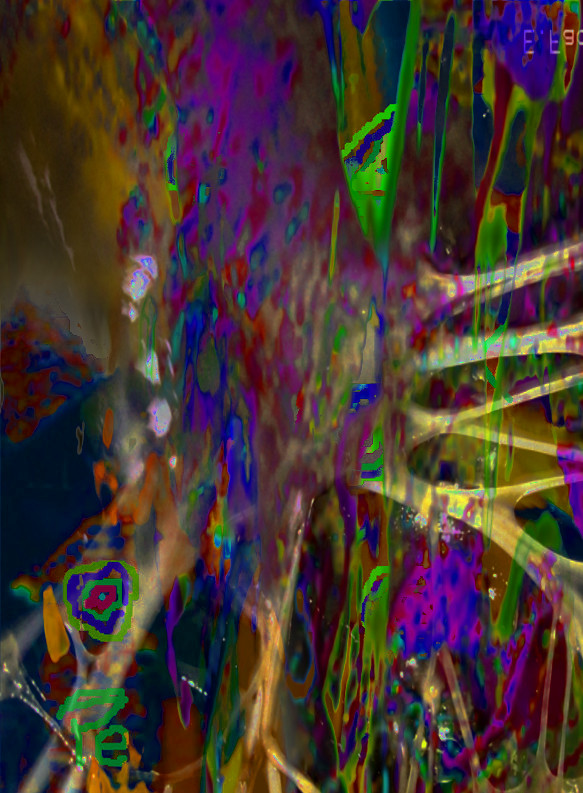 Your creative output seems to move in a direction away from a recognisable version of the Chicago sound which is increasingly influencing many electronic artists. Is that an intentional move or just you figuring out your own style?

I just wanted to do my own thing, I had other ideas, I started making different stuff.

What is the idea behind the titles of your tracks? I find them very intriguing and interesting to the eye, such as, ‘No, I never get lonely’. Rakugaki Junkle

I only have a really vague idea of what I want them to sound like or a feeling I want them to give off but they really don’t mean anything, most of the time I am coming up with them right before I am about to send them off or upload them, and before that Its just «sdguhgjk» or something like that. It is fun when I can come up with names I like though.

YouTube, Sound Cloud and BandCamp has proven to be a very important force behind your success. What are your thoughts on social media and their impact?

I don’t have thoughts at the moment.

The Wire magazine described you as ‘The South Island’s reclusive bedroom producer.’ How do you feel about such a description AND, although you have performed just a few online things but nothing irl will there ever be a time when you toured, or performed ‘Live’?

‘Brainsoutclock’ defies musical convention with a fresh-faced approach incorporating nightcore, crooning autotuned vocals, noise, drone, R’n’B, surf rock, loops, field recordings and more, twisting these elements into unpredictable, sometimes abject shapes. What can you describe about the creative process, and influences of the record, as well as, tools used to capture such crazy sounds?

I didn’t use any specific tools it is just stuff I found on YouTube or soundcloud or sounds from games. The creative process wasn’t anything special either just me making music.

I am terrible at describing anything that influences me, it’s too vague. It’s not really deep or anything interesting like that, it’s just something I want to make. 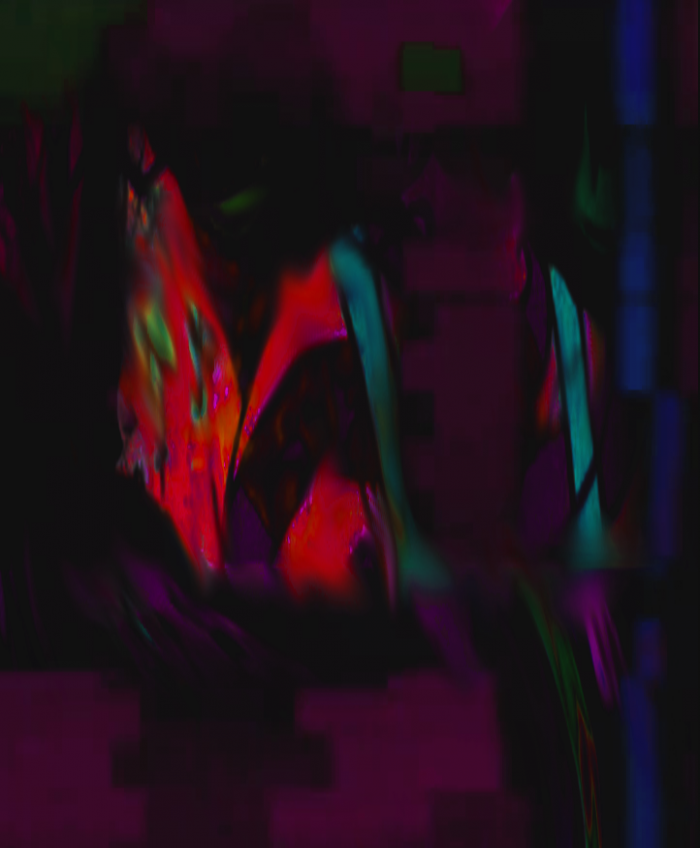 End of the Alphabet Records is run by Noel Meek and is experimental at the heart. With such online success, what brought such decision to collaborate with a label?

Because he asked me to.

Further projects include Goruo’s phenolphthalein, made with a friend from New Jersey, and a recent collaboration with Arizona based artist 97997ALMONDS, set to be released by Visual Disturbances/Emergency Tapes at the end of August. Are there any dream collaborations for the upcoming future with whom you would enjoy working with?

I would love to work with, djwwww or foodman. Doing an album with sensational would be cool like the one he did with Kouhei Matsunaga. James Ferraro would be awesome. IDK how I’d go about any of these.

I’ve been saying this for a while but I’d REALLY love to do a split with powerviolence or grindcore band or something. Or just work with a vocalist who can do that kind of thing, i always forget to seek any out.

Your art aesthetic incorporates multi- layered manga artwork. Is manga something, which offers inspiration? Are there any other elements of inspiration you can inform us about within your artistic pursuit?

Not so much anymore, I used to. nowadays I don’t really know what I’m inspired by, like I’ve said before I just want to make something that sounds violent and gross but cute, so I’m influenced by things related to those words. Thats about it.