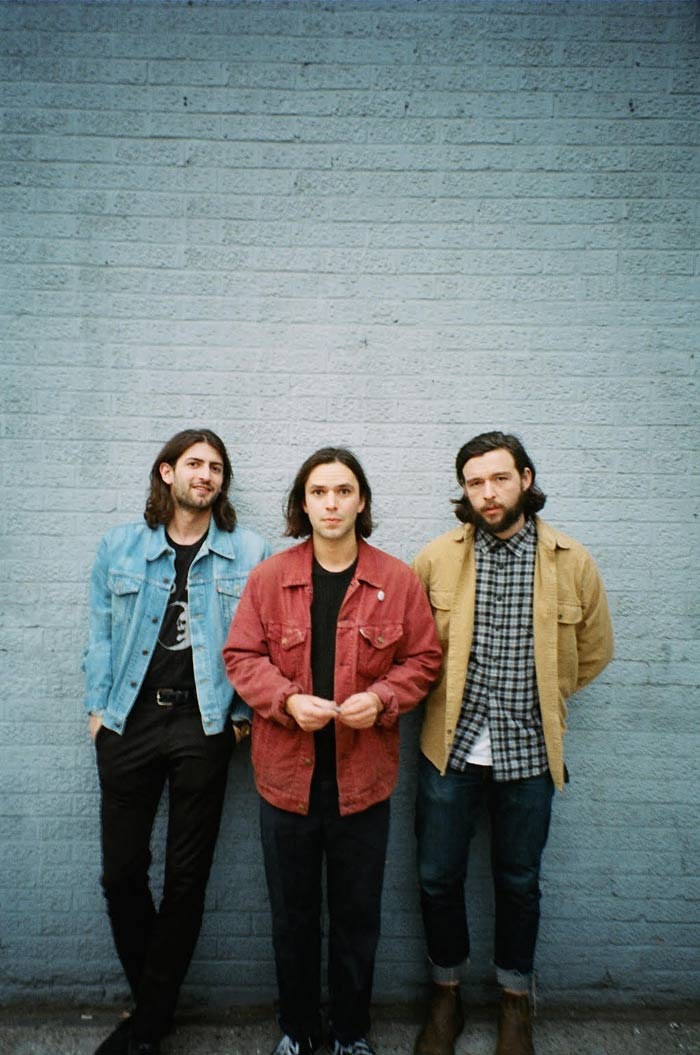 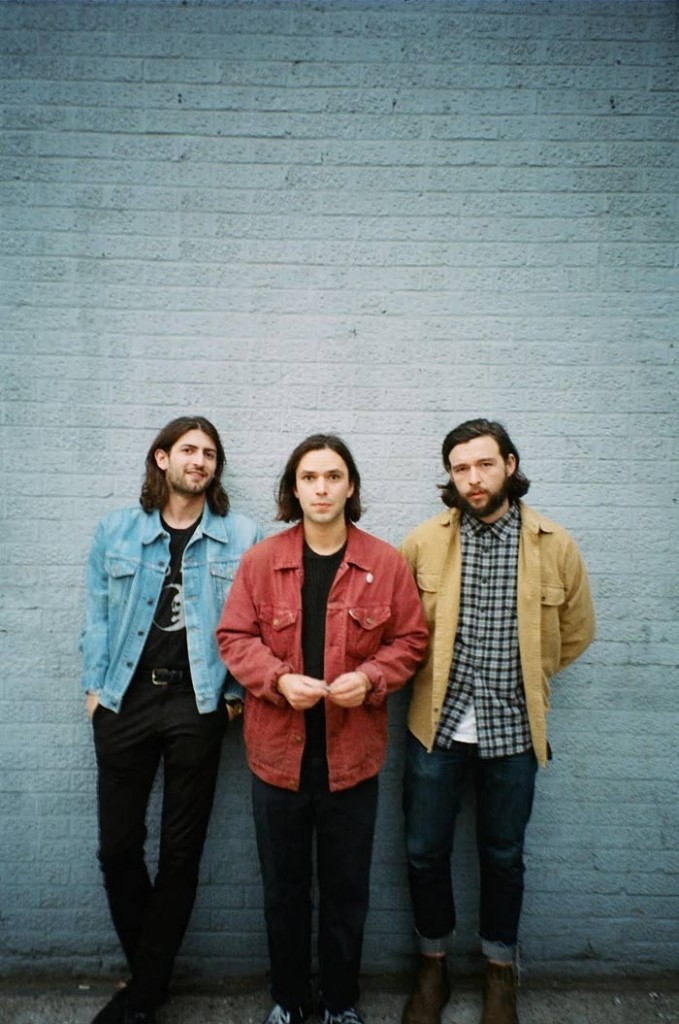 Having released their debut EP last year it seems the band took some time away and returned with two hypnotizing, punchy, psych frenzy driven tunes, ‘Cracks in the colour’ and ‘My alone’.

The DNA of the ‘Virgin Kids’ is similar to the ‘Dunedin sound’ bands from the late seventies and early eighties yet cleverly harness fierce frequencies, psych layering and dynamite tones encountered with rich rhythmic dynamics.

Their songs implore such majestic melody mixed with a punk bite I imagine such outpourings being a fantasy concoction of a Hamburg Beatles jamming with Iggy and The Stooges! Listening to the track, ‘Cracks in the colour’ you begin an impetus haze journey then it is on to the equally relentlessly impressive, ‘My alone’, which leaves you shrieking like you had taken a sharp bend at a reckless 100 Mile P/H. fasten your seatbelts, and buckle up the journey to rock and roll utopia begins with The Virgin Kids.

Your debut record, ‘Greasewheel’ drops in March 2016, which is damn exciting for everyone who digs your art. Could you please tell us a little about the upcoming record regarding which producer you worked with, connotations behind the album title, where it was recorded, and how the songs birthed, so to speak?

Paul: Greasewheel started as an offshoot of a live set we played at The Shacklewell Arms in May 2015. It’s a venue we have played multiple times so it’s  fitting that the in house sound engineer Richard James approached us with the desire to record us and help capture our live sound. He teamed up with producer Anthony Nemet and a couple weeks later we started recording what we originally planned to be our second EP. A lack of funds meant we couldn’t record the album in a conventional studio, luckily enough local live music venue The Waiting Room allowed us to record in their venue during closing hours. We initially booked in two days recording, with the intention of producing a four track EP, we recorded everything live to capture the essence of our live show. We recorded at a fast pace, with no songs taking more than a couple takes, this left us with an extra day recording to fill and so the idea spawned to turn this into a full-length album. The album comprises of songs we have been playing live for the last year and works as a cornerstone for the development of our sound throughout 2015. We picked ‘Greasewheel’ as the title of our record as it encapsulated the main theme of our music… Pizza! – the fuel we lived off throughout the writing and recording of Greasewheel. We are unadulterated pizza fiends and when Anothy nemet told us Greasewheel was Canadian slang for pizza, we couldn’t get it out of our heads, it stuck, we had the name of our record!

Could you fill us in on a little bit about yourselves, individually and the origins of the band?

Asher: We all have come from pretty musical backgrounds playing in multiple bands as teenagers. Me and Paul actually met in college at the age of 16, on a music course and formed a band after a quick conversation and approving of each others band t-shirts! We both moved to London from the rural town we grew up in at the age of 18 to pursue our musical ambitions. Following the move I was in several different projects one of which H.Grimace where I met Sean playing drums in his old band Fawn Spots. About two years ago I started Virgin Kids as a solo project in my bedroom but then quickly realized it was something I wanted to focus on and needed to get a band together in order to achieve the sound I was wanting and who better to ask then my child hood friend Paul and after a brief time with another drummer we were lucky enough to get Sean involved.

How did the band strike up the playful name, ‘Virgin Kids’? I am in a band myself, and cursing, ‘why did I not think of that’!!

Asher: Virgin Kids actually came from a little run of cartoons I drew which were based around the idea of childhood and how insecure and influenced you are at that age, they were pretty silly. When I started the band I wasn’t drawing as much but wanted the two to some how connect, so used the title of the comics as the name of the band. I haven’t drawn in ages now, maybe ill reveal some doodles one day.

Recently the NME poised the question, ‘Are the Virgin kids Britain’s answer to the Black Lips? Do the musical influences you garner in reality form an imprint upon the music you have recorded for the album and have the Black Lips influenced you at all?

Sean: Individually we’re all influenced by a wide range of different artists and genres but I don’t think the songs on Greasewheel have any direct connection to any of the bands that we admire. Although during the recording Anthony who produced the record introduced us to The Clean who we’re all massive fans of now. We’re a garage band so its all about playing what we’re going to enjoy playing. We’re not directly influenced by the Black Lips, but we love the band and we’re really flattered by the comparison.

What kind of process do you go through in developing a song and does it change comparatively regarding the musical aspect to the song or the drafting of the lyrics? Which comes most natural?

Asher : Usually I’ll try to come to practice with a shell of an idea like a verse and a chorus, and then the three of us build up the song from there, which is great as the last part is definitely the hardest part of writing a song. We don’t have any set structure or routine that we use but we definitely try to have a hook and a catchy melody in all of our songs, regardless of the style or genre of music your writing. We all feel its important to have something in a song someone can walk away with and have stuck in there head!.

The music generally comes first and then depending how the feel of the song is I get to writing lyrics, I try to have a bank of stories, poems or little phrases at hand. Cracks In A colour was inspired by the 70’s horror film Susperia. I’d definitely like to write more song about films, even if were the only one who gets the reference.

How do you feel about social media? How important is it to you, your craft and interaction with fans or potential audience?

Sean: We all hate it. But it’s a necessary evil.

How do you learn as a musical artist, and songwriters and improve? Do you feel you have improved since your debut EP?

Sean: There’s a natural progression to any band from record to record and we’re no different. You take something new from each stage and hope that you improve.

Describe a normal day in the lives of the band? I guess this will change come the next year!

Paul: For now its work in the day, music in the evening and pizza in between.

London is exploding with entire avenues to explore! What and where in the city would be some of The Virgins Kids’ favourite spots to go hangout, eat, drink or play LIVE?

Paul:There are so many great local venues in London, my favourite has to be Moth Club a new live music venue in an old working men’s club in Hackney Central, we recently played their supporting Jacuzzi Boys and it was so much fun. If you go there the added bonus is you know the sound is going to be fucking awesome as our bro Ric James looks after it! In terms of eating and drinking, London is such an expensive city you are always trying to find a cheap less known gem, The Deli Café on Chapel Market is a personal favourite of mine, really good slow cooked Indian food for cheap. If you want a good drink then just hit me up, I make some mean cocktails and host regular pop-ups around the city.

If you could collaborate with any musician/producer alive or dead who would it be and why? What would you hope to create together?

Paul: Ric James & Anthony Nemet! I’m proud of the record and loved working with them so much.

Sean: There’s a bassist who played on pretty much every Motown song called James Jameson. I’d love to be able to play with him but I doubt I’d be able to keep up.

Asher: I’d love to collaborate on a Hip-hop record or a silky RnB track but im pretty sure that will never happen so I’ll just stick to what know.

Both your record labels, ‘Burger Records’ and ‘Fluffer records’ respectively achieve wonderful successes without sparing honest art for ‘cheap’ crafted generic pastiche works I come across often, in my opinion. The methods managed by both I feel is the future. You can see such a mutual camaraderie between label and the bands released. From experience, I realize how choosing the right label is precious for any musical artist. How did the band come to collaborate with both Burger, and Fluffer, which is evidently a match made in heaven?!

Asher: Burger came about through recording with Anthony as he’d recorded other burger bands. When we had our first meeting with him before recording Anthony asked us what our dream scenario for the record would be and we all said to release it with burger, we couldn’t believe it when they emailed saying they wanted to release it!

We have known the Fluffer boys for a while now as we have played several of their nights they put on in London and when we told them about the record and that we wanted to find  a U.K. label to release it as well they said they’d do it. We feel very lucky to be working with two great passionate labels that a really fighting for new undiscovered music.

What are you ambitions for the future? Do you have any statements to make a la inspire others?

Asher: To gig as much as possible we love playing live. We also want to frequently put out records, we are writing a lot at the moment and cant wait to start on the next record!.

Last but not least, for THE FASHION CROWD IN OUR READERSHIP! Are there any influences held in astute by the band and maybe inspires the bands aesthetics?

Sean: We don’t really think that much about it as a band, but I guess we all have our individual interests. I work for a denim brand that repairs people’s jeans and I do genuinely like double denim. Asher a keen skater so is obsessed with all things skateboarding. Paul wears whatever keeps him warmest. 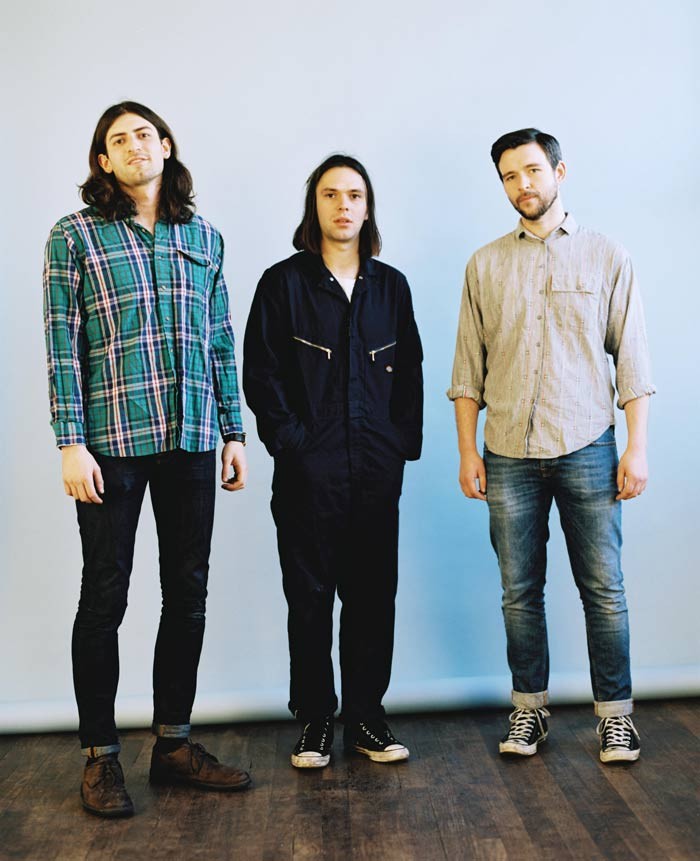