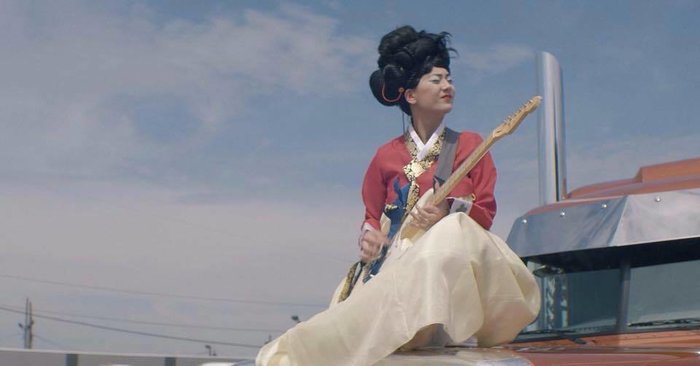 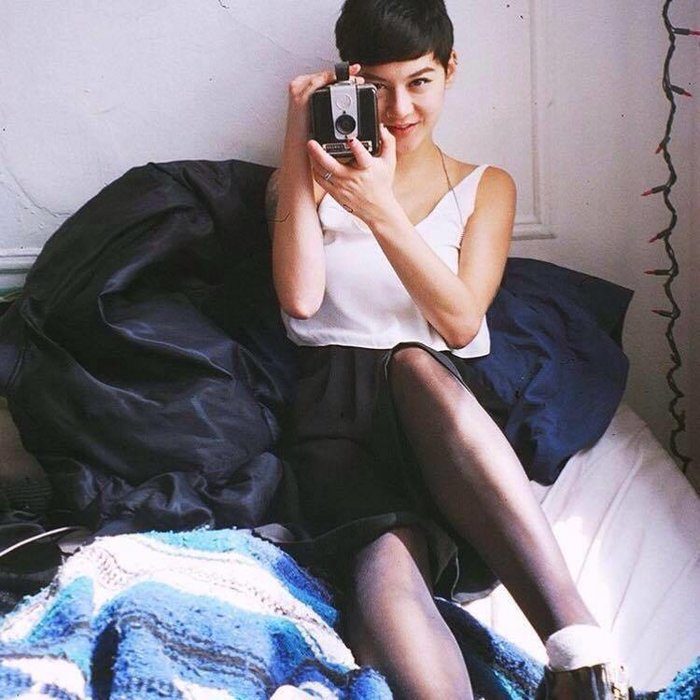 Following the release of debut album, ‘Psychopomp’, Zauner is proving to be a musical ‘shooting star’,writing one of the most profoundly personal records of the year. It connects such radiating and emotional empathy with the listener, offering a surreal spiritual remedy. The talented artist is high on every media outlet, which matters 2017 ‘cool’ list, and ‘everybody should want to love her’.

‘I think Psychopomp’s meaning has many layers for me, and I’d like to think that’s how the record functions for other people as well.’

In Greek mythology, psychopomp’s are spirits responsible for guiding newly deceased souls into the afterlife without judgement. Upon delicate reflection,Zauner says, “I think during my mother’s illness that was my role,” she explains

‘I think aesthetically the word looks and sounds jubilant, but its meaning is darker.’

The album was released with high critical acclaim and scripts a complex portrait upon death, grief, domestic abuse and love with struggles of spirituality, or lack thereof. At once ‘cosmically huge and acutely personal’, Zauner captures ‘grief for the perversely intimate, yet overwhelming pain it is.’

“It sounds like psychotic pop, which I liked’, -DIY magazine

A sensitive soul, Zauners is sheltered and inspired by a deep encyclopaedia of emotion, conjuring a unique underbelly of talents enabling experiences met with deep impact of ‘interactions and observations’, forcing ‘constant creativity’.

‘I’m very excitable and it feels very natural to channel that into creative projects.’

Her video releases, in collaboration with her ‘wonderful’ friend, Adam Kolodnyie House of Nod accompany the albums concepts with wild, amusing plots, including, portraying elements of, ‘the colours of Wong KarWai’s Chungking Express and in the Mood for Love’, specifically the way ‘Christopher Doyle’s filmed Hong Kong’s neon signs’

Such Hong Kong cinematic influence can be viewed specificallyin the, ‘In Heaven’, alongside the feminist vibes of ‘subverting the naked, lounging woman in the background while the male folk/rock star sings in a suit in the foreground trope’. 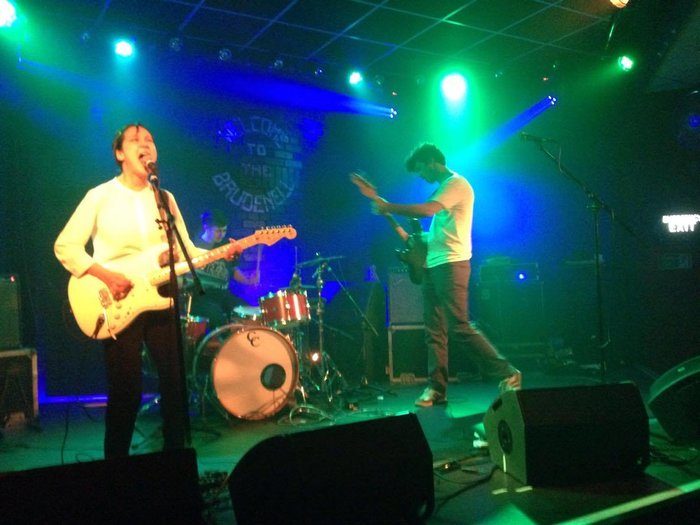 ‘We’ll geek out about movies and make mood boards and just scream excitedly at each other or send messages in all caps about how beautiful something looks and then go out and try to bring it to life.’

After extensive tours, and a return to the studio, I caught up to converse with Michelle on eclectic topics. The resulting interview includes questions, on Zauner’s upbringing in Oregon, domestic abuse, mother’s death, and the online reliability of a song about robots.

‘I think that’s why I write about it a lot even still, part of it is still just in wonder of how much someone can manipulate you into someone you don’t recognize.’ 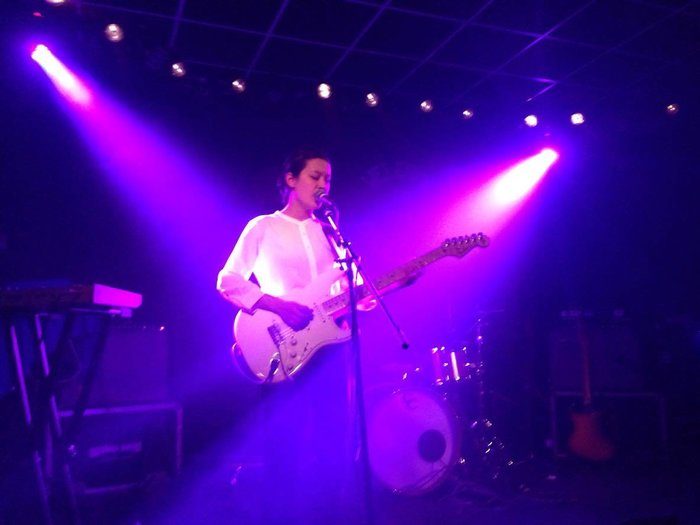 Whom is Japanese Breakfast and Michelle Zauner?

Japanese Breakfast is my solo project. I am Michelle Zauner.

Describe your sound to the uninitiated?

I think it can pretty easily be described as indie pop. There are pleasurable pop elements with some darker lyrical themes.

‘Psychopomp’ is very much an ode to your Mother’s battle/ death to cancer, grief and relationships. Could you please explain a little about the creative process behind such concepts?

I generally write pretty quickly. I like to do exercises that involve time constraints and general deadlines to try to get as much source material as possible, and then revisit what still feels really beautiful and try to elevate it. I guess the album touches a lot on death and grief and struggling with spirituality/lack thereof. I think it also is a lot about Oregon and being stuck in your childhood town.

‘Psychopomp’ lyrics are inspired, in part by the lyrics of classic country songs — the «exaggerated female longing,» so enshrined by singers like Tammy Wynette. What other influences inspired your writing?

I think Fleetwood Mac was a pretty big influence, especially the arrangements. Kate Bush, Mount Eerie, Grandaddy. I was also reading a lot.

What is inspiring your creativity of late?

I think I’m a pretty sensitive person. Whenever I watch movies or anything I have a really high suspension of disbelief, and similarly I think I feel interactions and observations really strongly and those feelings make me want to create constantly. I’m very excitable and it feels very natural to channel that into creative projects.

Have you established any concepts for a new album?

I’m currently in the thick of writing and recording the next record. I think the hope is that it will be finished at end of this year and come out in the summer, but hopefully I’m not jinxing it. I think right now the album is shaping up to be about people incidentally hurting the people they love in the process of going after what they need to thrive. A lot of the songs are about my father and my husband, my anger and gratitude for them in the aftermath of my mother’s death, about touring, very personal things. And then there’s this song about being in love with a robot and trying, and failing to connect, which I think can be mapped onto real life pretty easily. 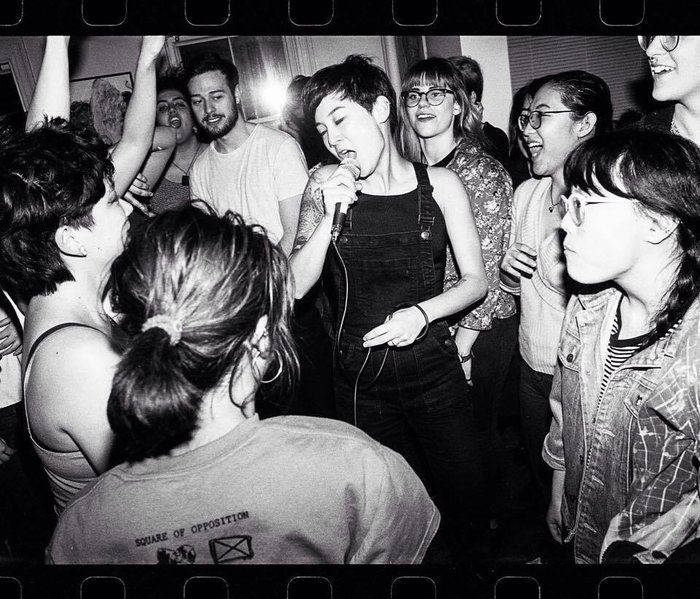 The meaning of the word, ‘Psychopomp’ is something of a mediator between conscious and unconscious worlds. Is this the best way to describe the album?

I think Psychopomp’s meaning has many layers for me, and I’d like to think that’s how the record functions for other people as well. I think aesthetically the word looks and sounds jubilant, but its meaning is darker. A psychopomp is also a spirt guide that brings souls into the afterlife without any kind of judgment, which is another meaning that I felt very connected to because I felt very much it was a role I adopted during my mother’s illness and a role I’m still struggling to undo.

You were born and raised in Oregon, yet moved away to ‘thrive in the seven sisters’ environment of Philadelphia. What brought around this migration, as the west coast music scene, especially, Portland was beginning to flourish at that point.

I’m not sure I really felt that the music scene was really flourishing at that point. It definitely didn’t feel like it. I wasn’t really a part of any kind of scene there and I was young and I wanted to go as far away as possible to try to experience something new. To strand myself a bit and become very independent. Bryn Mawr has a beautiful campus, I was inspired by the professors and the students and felt it would be a great place for me.

The, ‘In heaven’ video filmed in Queens, in collaboration with ‘House of Nod reminds me of the movie, ‘Lost in translation’. What brought about the video concept?

I knew I wanted to work with my friend Adam Kolodny from House of Nod because he’s a stunning Director of Photography and such a passionate and wonderful friend. Making music videos has become such a pleasurable part of my creative process and album cycle and I feel so lucky to have a collaborator that’s so easy to work with and somehow manages to get me even more hype on the ideas I have and bring even more amazing ones to the table. Usually, I’ll come to Adam with a general mash up of an ideas, he’ll immediately read my mind and suggest other ideas, we’ll geek out about movies and make moodboards and just scream excitedly at each other or send messages in all caps about how beautiful something looks and then go out and try to bring it to life. For this one the colours of Wong KarWai’s Chungking Express and In the Mood for Love were a huge inspiration, specifically the way Christopher Doyle’s filmed Hong Kong’s neon signs. There were actually less neon signs in Flushing than we’d thought once we got there, so we kind of just tried to find other interesting spaces and interact with them until we were able to go to the karaoke room I had booked. For the other scenes I liked the idea of subverting the naked, lounging woman in the background while the male folk/rock star sings in a suit in the foreground trope, so that’s what we did.

“Woman That Loves You” was written after you left a toxic relationship. The song resonates with me a great deal, as, I have been guilty of callous, jealous behaviour. How do you reflect upon that situation now, and the partner?

Honestly, I’m still very angry at that partner. The situation was very manipulative and emotionally abusive. I think the most shocking part of the whole thing was how long I allowed myself to be treated that way and how much forgiveness and compassion I had in my heart for this person to change. I think that’s why I write about it a lot even still, part of it is still just in wonder of how much someone can manipulate you into someone you don’t recognize, and now that I’m in a healthy relationship, how nourishing love can be.

How has Japanese Breakfast differed from Little Big League for you from a creative standpoint?

What do you enjoy most about being on the road and performing and what could you do without while on the road?

I love to perform and see new cities and meet new people. Being away from my partner I think is the hardest part of touring.

What is the best thing about living in Philadelphia?

It’s a super manageable and affordable city for an artist to live. And I have a ton of great friends to go to Dave and Busters with.

Generally positive. It’s a great marketing tool and can be a fun way to express yourself and connect with people. 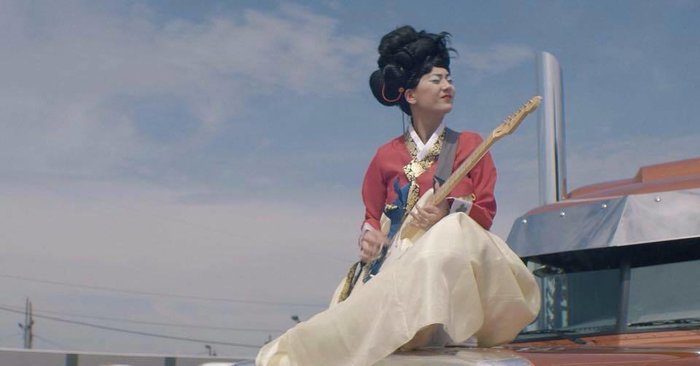