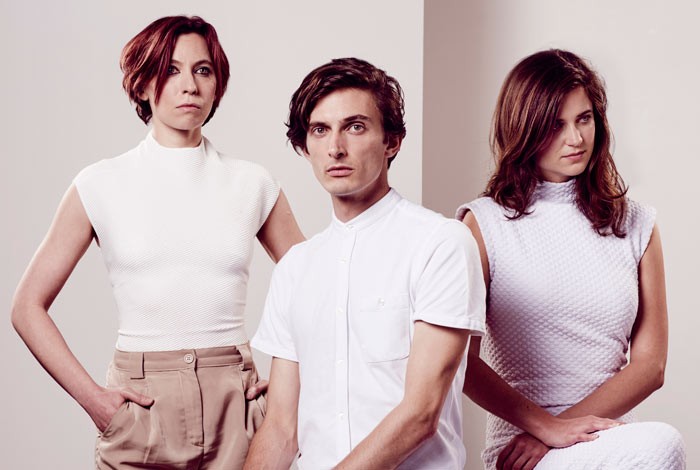 More than a year ago, I came across “Okinawa Channels” on Soundcloud. The sophisticated, synthy track from 2012 is produced by London-based Michael Lovett aka NZCA Lines. I emailed a notice of use for a behind-the-scenes C-Heads editorial video, and Lovett graciously invited me to witness his performance as a guitarist for Metronomy in Los Angeles, Calif.

I don’t recall my process of finding NZCA Lines’ track, but it does not pale in comparison to his artistic process. NZCA Lines is no longer a solo project, but has recently expanded to include Sarah Jones from Hot Chip  and Charlotte Hatherley from Ash and Bat for Lashes.

The trio just exclusively released the music video for their second single “Two Hearts” off the upcoming album on Paper Mag. NZCA Lines have been making headlines, not only due to Facebook analytics, but more so due in part to Lovett’s well-curated aesthetics and audio production value.

Read more about what the frontman has to say of his directorial debut, ephemeral music and the ages of his bandmates.

Michael Lovett: It started off with asking Sarah Jones (drummer) to record drums on a couple of tracks. It was an experiment really. The first song we tried was “New Atmosphere,” which had live drums for a while. In the end, we only kept the toms from that session, but we did some more sessions and ended up using a fair bit in the end. The intention was to make this record sound broader, more expansive than the last. The live drums were a big part of that. Once I realized I needed another voice on the album, I asked Sarah, and it turns out she has an amazing voice. So that was pretty great. Meanwhile, I’d been writing and producing with Charlotte Hatherley (synths/guitar) on her own music. When it came to figuring out how to play these songs live, I asked them both if they wanted to be part of the band. They said yes!

KG: What are the ages of everyone? Instruments played?
ML: Sarah plays drums and sings, whilst Charlotte plays guitar, bass, keyboards and sings, too. I sing and play guitar and keyboards. However, it’s mainly me playing everything except the drums on the record because Charlotte didn’t become involved until the very end of the recording process. She sings on Jessica. In terms of ages, I’m 28, but I’m afraid ladies don’t reveal their age. You’ll just have to guess.

KG: In preparation for your shows, are there any interesting rituals you do?
ML: We take a copy of the I Ching (The Book of Changes) with us everywhere we go. Before each show, we cast some yarrow sticks and examine the patterns. If the omen is bad, we pull the show. It upsets promoters sometimes, but it helps us feel comfortable.

Only joking. [There’s] no specific rituals, but generally a little hard liquor and some potentially embarrassing vocal warm ups (if I get my way..). 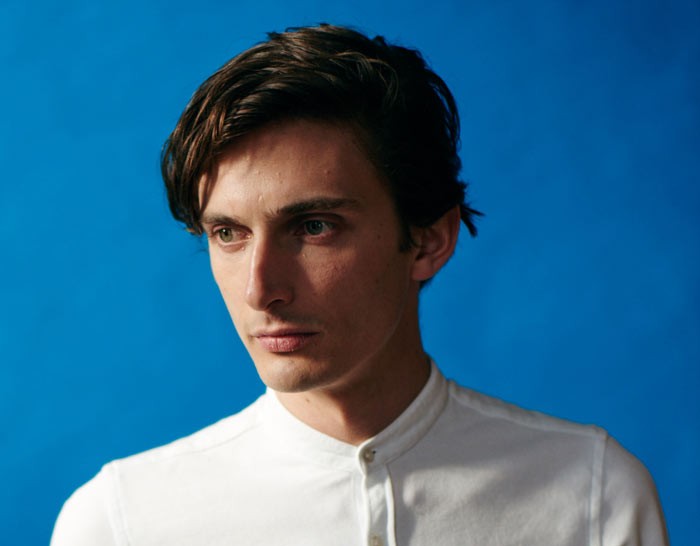 KG: How important is curating your sound and aesthetic? Does it come naturally at some point?​
ML: Maintaining a clear vision for the aesthetic of the band, both musically and visually, has always been important to me. It doesn’t always work planning it out from the start, but rather develops naturally. It’s always at the back of my mind. I knew I wanted Infinite Summer to be a more technicolor record, both musically and in terms of the artwork and visuals. The last record was concept-driven, but quite vague. All the ideas were alluded to indirectly. For this album, I wanted everything to be in your face, very literal, so there was less ambiguity. I knew I wanted illustrated album artwork from the very beginning, and thankfully found Christopher Balaskas’ work online, who painted the album images. I actually always wanted an animated music video too, but those are very expensive it seems. Maybe there’s a way. The “New Atmosphere” video was kind of the beginning of this. I’d written the song, and I wanted to direct a movie-like video that was directly illustrating the lyrics. Ideally I want to make more of those projects.

​KG: Elaborate on your creative process. Does it flourish most from being alone or through collaboration?
ML: I think ultimately collaboration always produces the best results, as much as i’d sometimes prefer it weren’t true. However, I find solitude is very important to me in coming up with initial ideas. The seed of something can be quite delicate to start with, and I find I can be more creative in this way when I’m alone. But after that point, it’s good to get outside opinion and help, as the best thing is where something goes in a direction you wouldn’t expect. If you’re not challenging yourself or searching for the unexpected, it’s going to be boring, and that’s an easy trap to fall into. For both my albums as NZCA LINES, I’ve worked with Charlie Alex March as producer, and he’s good at thinking of interesting ideas to improve a track. Generally I’ll come along with a demo i’ve worked on at home, and we’ll take it from there. However, for this record, a couple of tracks were just chords and a melody at first. We’d create a sound for the track, then I’d go away and work on vocals and lyrics. I always end up writing lyrics and vocals alone.

​KG: Can you give us three words that can be used in anticipation of Infinite Summer LP?
ML: Sexy, dark, incandescent.

KG: What was the last track you listened to on repeat?
ML: I’ve been really enjoying “Come Through And See Me” by Wesley Gonzalez.

​KG: Who are some film directors who have influenced your music videos?
ML: This is the part where it sounds like i’m having ideas above my station, but what can you do. CANADA and Young Replicant are definitely an influence, but in terms of films, it’s your standard sci-fi roster: Blade Runner, 2001: A Space Odyssey, Solaris and Stalker. Also, Gaspard Noe’s Enter The Void was a bit of a fixation. But yeah, hardly claiming to be touching any of those greats! Whoops.

​KG: If you could collaborate with any musician, who would it be? How about any artist for that matter?
ML: I was recently listening to ABRA and thinking wow, I really like this, I wonder if she’d work with me. But I think I’m too much of a gringo. Still, worth sending the email? I think working with Olafur Eliasson would be incredible, as an artist. He always has beautiful ideas.

​KG: Is there a certain style of music that immediately pops into your mind that you believe is not at all timeless?
ML: Trap drumbeats. There’s plenty of great tracks using them, but recently it seems like it’s a style that’s massively overused, and I just find it boring. I’ve heard too many tracks with trap drums, skittery hi-hats, tuned kick drums and a pitched-down vocal…I’m done. I think it will date badly as a style.

​KG: Any other projects in store?
ML: Both myself and Charlie have been working with Charlotte Hatherley writing and producing for her new solo album, which is sounding great, so I’m looking forward to that coming out. I’d like to do more visual things, like directing my own ideas because it’s something I love that I haven’t done for a while. I miss it. So hopefully you’ll be seeing me more, as well as hearing me!

Get their new album:

Or pick up a copy from Piccadilly Records, Resident Music, Rise Bristol, Reflex Newcastle amongst others.