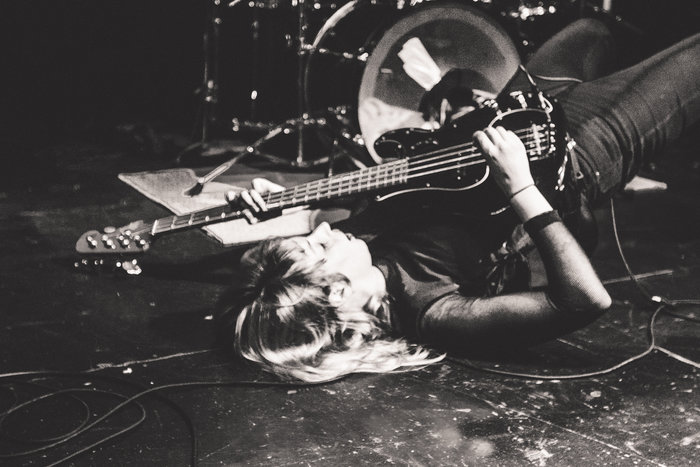 Historically, punk has often been the most embracing genre for ‘outsiders’ notably providing women a creative platform during an era when the vast majority were still dreaming of becoming more than a house wife.

‘Ultimately, anyone who thinks that a band is on the cover of the NME based purely on merit is deluded.’

Although, the band do not consider themselves overtly ‘political’, Heather Perkins of Slowcoaches feels that within the wider music industry there is still more for ‘Punx’ to achieve.

‘Women and the LGBTQ+ community are still outsiders, whether that’s in the music industry or in a bunch of other places, which makes us the truest punx right now.’

In a world often absent of authenticity, opinion devoid of sincerity, Slowcoaches are brazenly filling that void! Whether it is railing against toxic masculinity with the steely single, ‘Complex’ or tackling such topics on social media, you definitely feel the commendable empathy of the band and Heather, in particular.

Slowcoaches are a belligerent trio with strong sonic vibes, renegade attitude that is inviting, cohesive, and modern.

An on going art project they have gone through different members along their journey, yet the the current line up is definitely the line up that was always ‘meant to be’.

‘Painfully hopeful individuals’ Heather, Oliver and Sean have been playing together for almost exactly a year now whilst, their debut album, ‘Nothing gives’ came out just over a year ago.

With work currently going down on their second album, refreshed perspectives, and tour dates springing up like flowers, it is an exciting time to follow the band so I decided to find out more! 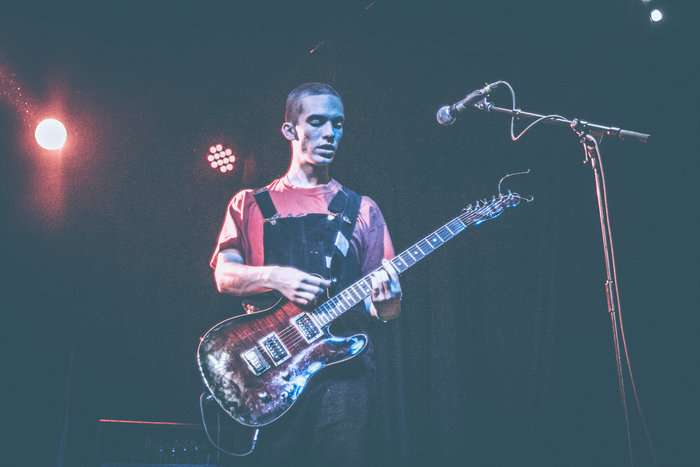 Could you please tell me a little about yourselves?

There are 3 of us. We are Heather, Sean and Oliver. We’ve been playing together for almost exactly a year now.= and our debut album came out just over a year ago. Slowcoaches had different members then but the current line up is definitely the line up that was always mean to be.

How would you describe your vibe?

What do you consider, the norms and values of life?

Adhering to the norm contributes to the ultimate downfall of society. Values are abstract concepts.

I suffer form a crushing empathy that can be quite all-consuming. I feel empathy for people and things that don’t even need it. Like my cat. Although this can be a total waste of my energy, it also means that I can find common ground even with people I don’t like. It also means that I am the opposite of a psychopath which is one less thing to worry about.

Do you consider yourself a political band?

If you asked me this maybe a few months ago I might have said yes. But this year I have decided that I want to take playing music back to its most basic sense, that is, playing some songs to some people and enjoying it and having a few beers and making some friends. I spent too much time in the past year fighting against things that made me angry and not enough time investing in my own personal development – creatively and personally. 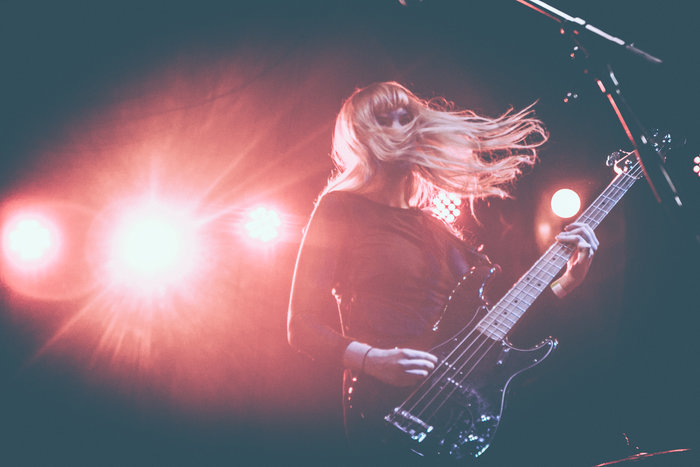 How, and in what ways are women are still failed in the music industry and anything to uplift the females of our largely South American based audience?

The essence of Punk is to embrace those who consider themselves to be outsiders. And women and the LGBTQ+ community are still outsiders, whether that’s in the music industry or in a bunch of other places, which makes us the truest punx right now.

In what ways has the band evolved since your cool debut, ‘Nothing gives’?

In the space of 12 months we have grown a lot, individually and collectively. I think my attitude to why I do this has changed. I think we all set higher standards for ourselves. I think we feel like we really need to challenge ourselves more but at the same time, we aren’t going to make life harder for ourselves than it needs to be anymore.

Do you enjoy modern life?

Yes. I love life. There are things that get in the way of that love and that’s what makes life hard. But ultimately I love life.

I think that there is a fresh wave of guitar bands and the scene is always healthy, whether or not the music industry picks up on it. I mean if you simply check out the cool South London zine, ‘So Young’ there is definitely niche scenes around.

-Why do you think that there is a myth about the absence of guitar bands?

This is a really good question. I was thinking about this just the other day and I think it all comes from the mainstream – labels and the resulting press, which is controlled by big labels. Ultimately, anyone who thinks that a band is on the cover of the NME based purely on merit is deluded. And every cover band (usually white male artists I’m sorry but it is true) are dubbed ‘the saviours of guitar music’ or ‘the saviours of rock ‘n’ roll’. I’ve literally lost cunt of how many times I’ve read that phrase. And that’s why the industry wants you to think that guitar music is on the decline – because they’re not going to say ‘hey everyone, here’s another mediocre white, male guitar band’. They want you to think that their artists are special and different. It is the same with women in the music industry. The industry wants to perpetuate the idea that female artists are ‘rare’ and ‘unique’ so that they can use it as a marketing tool.

Thanks. I love shooting videos. Sometimes I have a clear idea of what I want to do and sometimes we work with a director that has a really awesome vision. We’ve worked with some amazing directors – Katia Ganfield, Maria Cecilia Tedemalm, Jack Barraclough and Gary McQuiggin.

I hate the phrase ‘ones to watch’ because I think tonnes of bands are ‘ones to watch’ and I hate how the industry pits artists against each other with phrases and features like that. I think we are worth watching, for sure.

What are the main issues concerning DIY bands at present?

Money is a huge issue. I think its important to point out that that’s an issue for DIY venues too – they both ened each other in order for the ecosystem to thrive and venues are being closed down at the same rate bands are having to quit cause they have to work more and more to pay increasing rents and therefore can’t get time off for shows.

You guys are a touring band. Do you enjoy it, or is it just a necessity?

I find touring really, really challenging. I suffer from severe anxiety and so any disruptions to my routine combined with booze and little sleep is really detrimental to my mental health. But I’m working on it! We have some potentially huge trips planned for this year so I’m really determined to make it as fun as possible. Sean our drummer absolutely loves touring. He’s more at home on the road than he is at home.

I read the Mark E Smith Bio, ‘Renegade’ and he called out so called ‘Independent’ labels, even Rough Trade! Are DIY labels even relevant now with the era of social media, and lack of money in distribution?

Absolutely. Like I said with the venues, you need all of these elements in order for the DIY community to exist. And some people don’t want to be in bands but they want to support artists by making music.

Who writes your tweets, in the defense of rights of the general unprivileged?

I do. But I’m trying to use Twitter less because I realized that it was making me really negative.

Which female artists need our attention?

What do you have in the pipeline and can we expect next?

Yep. We have a new single out in the next month and we’re working on our second album. Plus some big tour announcements. 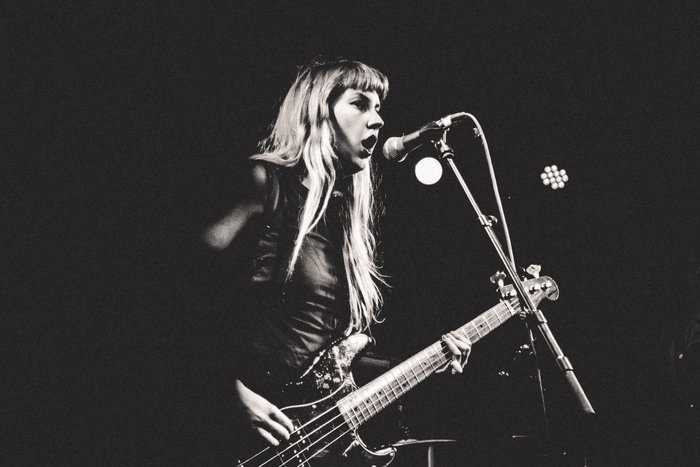