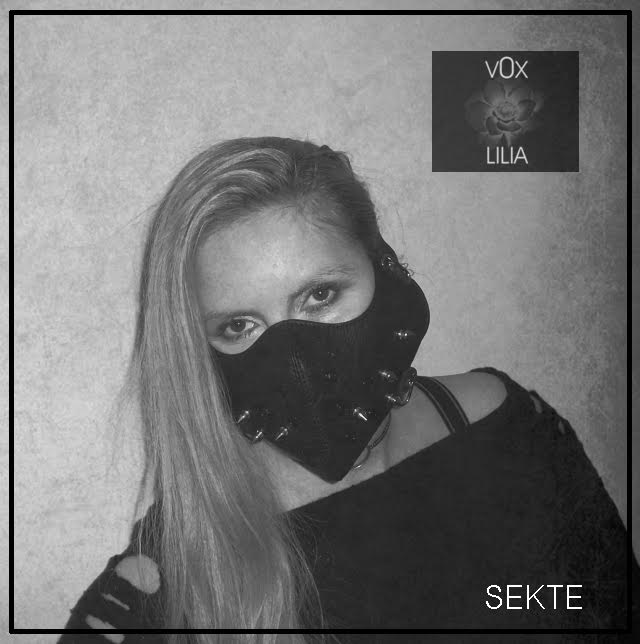 It is abundantly clear to me that the world will always find extreme with what they cannot understand!

‘Exorcism is something that everyone has to do on oneself to be able to be released.’

‘Whether it’s pioneering, experimental, or revolutionary as an idea either in art or elsewhere in society; it can seem to most people eccentric, extreme or sometimes shocking; but this is where the need for change and understanding of different ideas comes from’.

‘People are controlled and restricted for the most part of their life by others, who decide for them’

Normality is boring, especially in the arts! We all need something fun, weird, and disturbing! Vox Lilia is just the artist who embodies such superlatives while burning them with the rich passion and purity of her work.

Vox Lilia, is (surprise!) a one-woman artistic voyage, whom Spotify would suggest, does not belong to the masses. Sekte is the artistic antagonist behind the musical adventure of authentic intensity.

She has written an album flooded with cathartic elements of sound and words that should be applauded and deservedly tagged as ‘Avant Garde’, in the sense that it is pioneering, original and futuristic.

‘I’m not addressing people who listen to music for fun, but to people who want to dive deeper into their consciousness.’

Additionally, her artistic endeavor, exemplifies a spirited rise against ‘oppression’, ‘violence’ and ‘sexual identity’, or a specific way ‘we’ view ‘sex’. And of course ‘woman’s sexual degradation and what the world and society requires from her’.

Whilst I know Sekte continues to write and record music, she has confessed an unknown certainty to, when or how, the music will see the light of day. Until then, ‘dare’ to explore and ‘enjoy’ her masterpiece, ‘Monotony Murder’ to end your endless ennui. 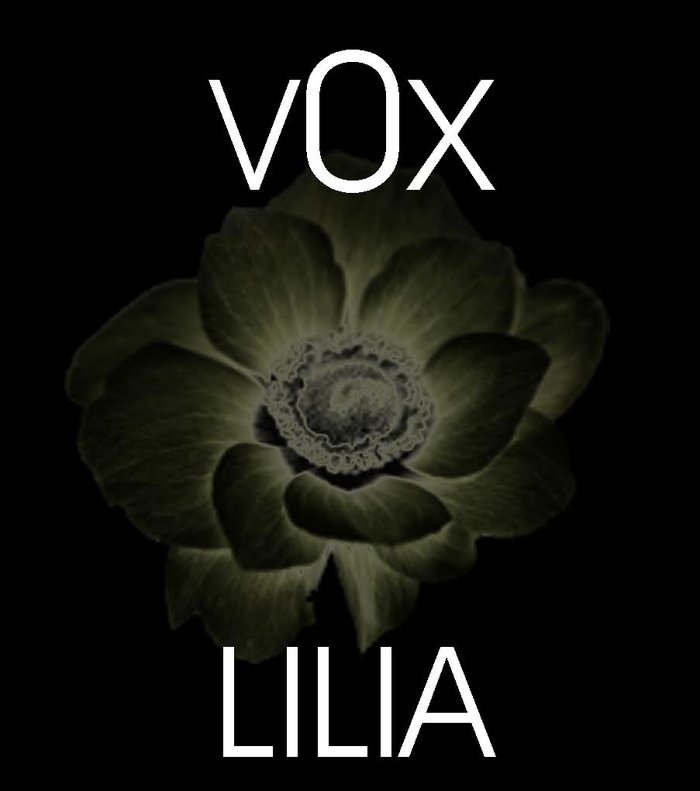 How and what is the Avant Garde in the twenty-first Century?

Whether it’s pioneering, experimental, or revolutionary as an idea either in art or elsewhere, it can seem to most people eccentric, extreme or sometimes shocking, but this is where the need for change and understanding of different ideas comes from.

I think the world will always find extreme with what they cannot understand!

* Who is Sekte and what is Sekte’s role in Vox Lila, as ‘she’ seems to write, produce and design everything?

V0X LILIA is a one-woman band and Sekte is the woman behind this band.

Yes, I write, compose, record, produce and design everything on V0X LILIA.

I am also a member of Dark Awake.

* The connotation behind the album title, ‘Monotony Murder’

Monotony Murder is a symbolism and a sarcasm on peace.

It is the same crime committed for the hundredth time.

Is the everyday monotony of the existence and the loss of life.

The crimes that made from the taken decisions by the governments.

It’s the way of thinking incited by religion and politics and the crimes against women, children, animals and minorities.

It is the monotonous sound recorded when you see, read, learn, experience the same thing, with different protagonists, but always with the same result..

* In what ways do you relate to human kind?

I believe, I do not belong to the masses.

* Can you explain your music video for “Exorcism”

People are controlled and restricted for the most part of their life by others, who decide for them. Teachers, doctors, religion, politics, motherland, etc. are catalytic factors that determine how you think.

Exorcism is something that everyone has to do on oneself to be able to be released.

* Is the song Exorcism a reference to yourself, “Exorcise the evil within me” are you requesting to anyone in particular?

I refer to mankind in general and to each one individual. Let’s take as an example how we treat animals.

We very often see cute labels of animals on products such as a cow smiling whilst, we all know that the animal is sacrificed and suffers. So you know it’s an oxymoron, but you prefer not to think more or worry about that. What I want to say is that we are part of and support a civilization that is deceiving and false, and this is the «evil within me».

* Can you help me understand more about your music, which you have eloquently described as sociological paranoia experimental noise?

The lyrics in this album are in the form of messages. With their repetition I want to create intensity to the listener and in combination with the music, the frequencies that I use, as well as several sophisticated pauses, an insane paranoia in the listener’s mind as well as in my own, while I am composing.

* What types of people, do you think “dare” and “enjoy” to listen to your music?

I am not addressing people who listen to music for fun, but to people who want to dive ‘deeper’ in their consciousness. And yes, this is a way that needs boldness to follow. 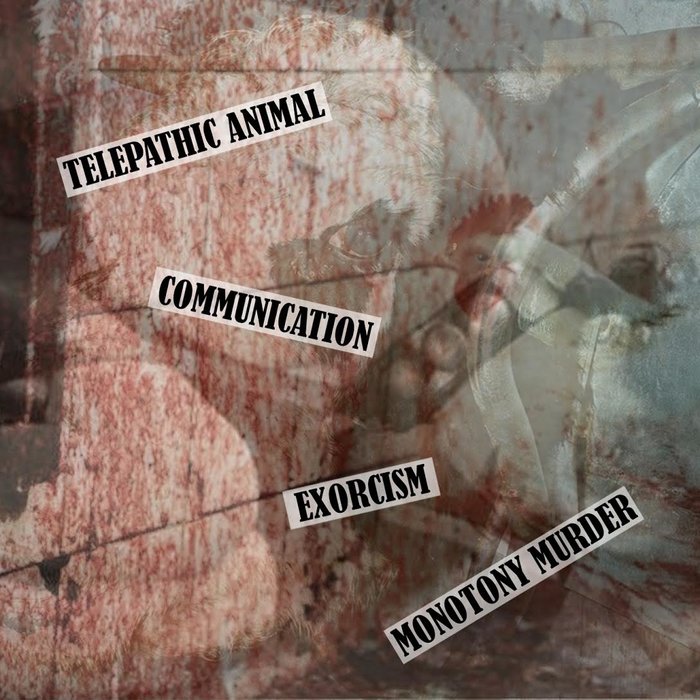 * Please tell me the connotations and inspiration behind the art work?

My artwork is a stand against violence, the violence we exert on animals, sexual violence and sexual oppression, the fact that you are supposed to have a sexual identity or a specific way to see sex.

And of course woman’s sexual degradation and what world and society requires from her.

* Could you tell me a little about the project, V0X LILIA I.E what is your artistic intent?

My intention is to talk through my music about what I care about as an entity and to express myself through it.

* How do you feel about social media ?

There are many ways to look at it!

On the one hand it is a tool and it is up to you how you use it. On the other hand, it is also a way to control the masses and each one separately. We see it very strongly lately when suddenly your phone number and your name are required to join a webpage or to keep accounts that you already have.

So yes, I am angry with things and the way and reasons that we have been driven here.

It also seems to be a catalytic factor in our psychology and behavior; now and in the future.

* Inspirations and influences of any kind?

The inspirations are many but mainly what is happening around us, such as people’s attitudes, and how we each one filter the situations we experience, depending on our perceptual ability to see reality as it is or to disregard it.

* c. Where and how is the best place, or method to listen to your music? I feel it would be brilliant to hear your music in an empty room filled with speakers!

You never know! I don’t even know how the next release will be! But I will continue to write and record music so it remains to be seen. 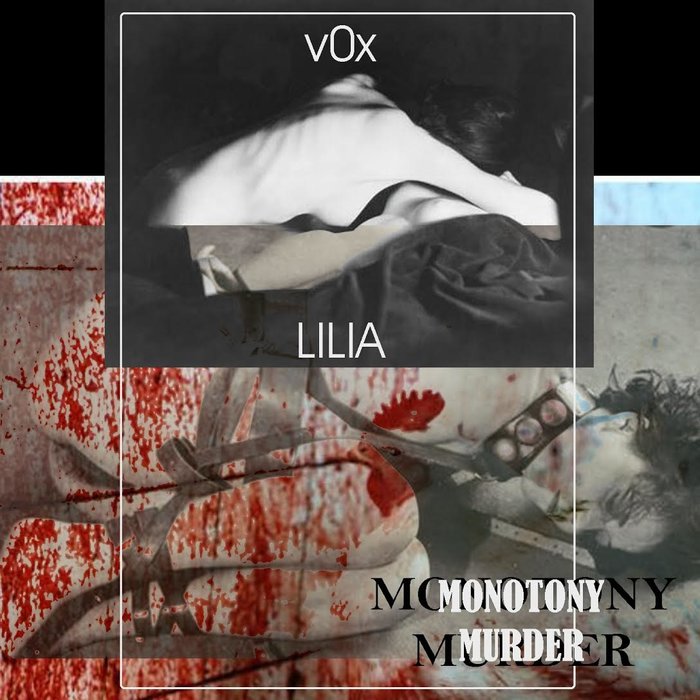